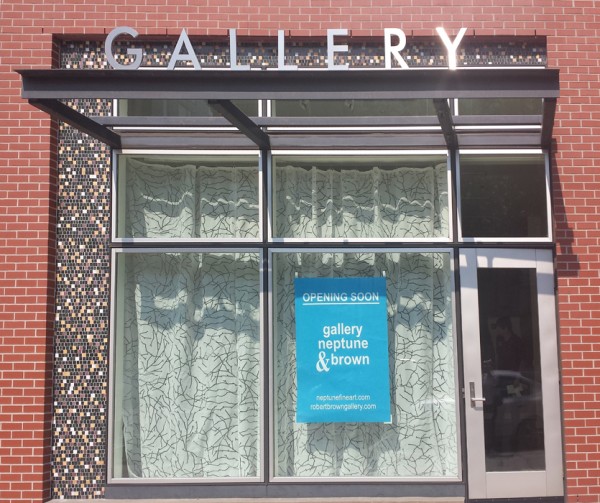 A new art gallery will open in the space formerly occupied by Gallery Plan B on July 18.

The new gallery will be located in the old Gallery Plan B space, across the street from the Studio Theatre at 1530 14th Street NW.

“We decided after the 10 year anniversary that it was time,” Amt told Borderstan. “Go out on a high note with good memories and accomplishments.”

Amt will not return to help with the new gallery.

Neptune Fine Art was founded in New York City in 2000, an focuses mainly on modern and contemporary art.

Robert Brown Gallery first opened in Georgetown in 1981. Over the years, Brown has exhibited artists such as Roger Ballen, Oleg Kudryashov, Sol Lewitt and David Nash.

From Painterly Visions… there is an opening reception this Saturday, 6 to 8 p.m., at Irvine Contemporary for Shawne Major’s “Love Calls Us to the Things of This World.”

Saw this at Free in DC. It’s this Saturday, April 4, at The Curator’s Office at 1515 14th Street… an opening reception for “Calm Complexities,” the art of Argentinian artist Eduardo Santiere.