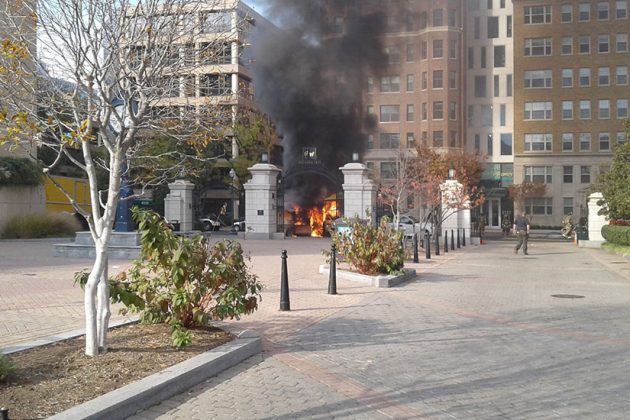 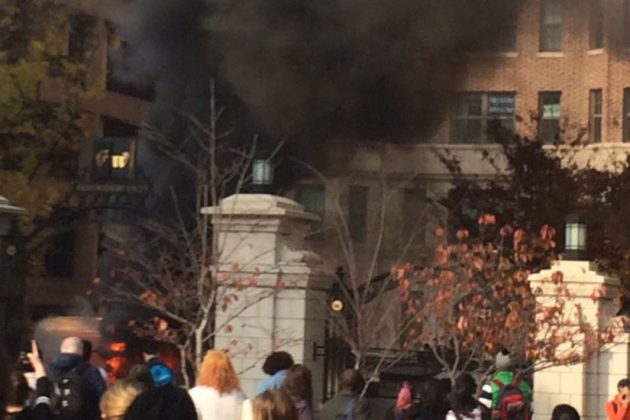 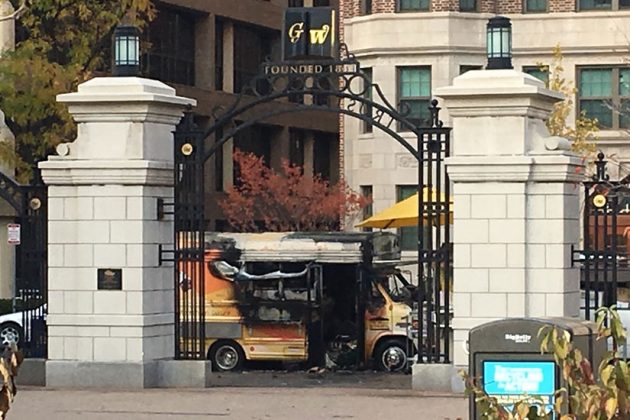 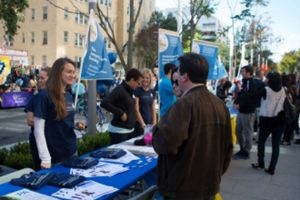 An annual block party for members of the Foggy Bottom, West End and George Washington University communities is slated to return to the college’s campus this weekend.

Local restaurants and other area businesses are scheduled to have booths on the 2200 block of I Street NW near the Metro station from 1 to 4 p.m. Sunday as part of the party, according to GW. Musicians and dancers are set to perform, too.

Started in 2002, the party is put on by FRIENDS, a group the university and its neighbors formed to increase communication among them.

Photo via The George Washington University 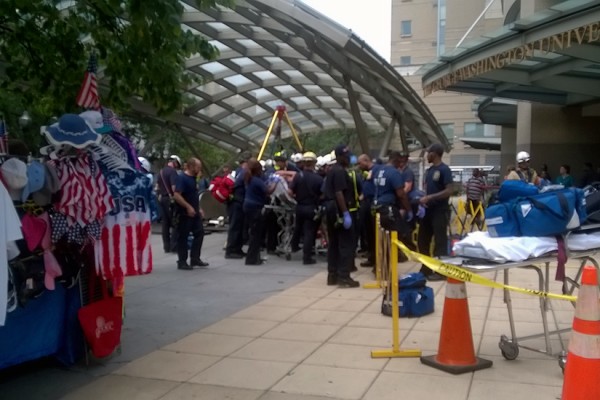 (Updated at 11 a.m.) D.C. Firefighters rescued a man who suffered a “medical emergency” while working in an “escalator pit” near the Foggy Bottom Metro station earlier this morning.

The man was working on escalators near the Foggy Bottom Metro station on the 900 block of 23rd St. NW just before 10 a.m. when he “suffered a medical emergency,” according to D.C. Fire and EMS spokesman Vito Maggiolo.

Though it was initially believed the man fell, Maggiolo said the man was working at the bottom of the pit when he suffered an unspecified “medical emergency.” The man did not appear to be seriously injured when he was pulled out and taken to the hospital, Maggiolo added.

Pt. out of pit in hands of EMS. Escalator repairman suffered medical emergency while working in confined space. pic.twitter.com/AwfyvSqHdS

From Mike Kohn.  Find him on Twitter at@mike_kohn or send him an email at mike[AT]borderstan.com.

Following their sold-out North American tour, Grammy Award-winning band Train returns to Washington, DC for a performance on Saturday, October 20 at 9 pm at the Charles E. Smith Center at the George Washington University.

Purchase tickets for Train here. Tickets range in price from $45 to $115.

“Drive By,” the first single off their new album, “California 37,” peaked at number 10 on the Billboard Hot 100 chart. Their second single, “50 Ways to Say Goodbye,” is currently number 16 on the iTunes Top Songs chart.

If you’d like to purchase a block of tickets, or for more information, please contact [email protected].

From Scott Leibowitz. Find Scott on Twitter @Lebodome. Email him at [email protected]

Oh, March. Easily in my top three months of the year for various reasons. One, there is a day on which we all suddenly become Irish and it’s socially acceptable to drink like a college freshman. Two, my birthday is right in the middle of the month. Three, it marks the end of winter and transition to spring. But one of my favorite things about this month is the madness, the dance and march to the finals. I am of course talking about college basketball’s playoffs in the form of the almighty bracket: March Madness.

I remember my first bracket. I was about 6 or 7 and the internet was still just an Al Gore joke, so to have a bracket you had to cut out the one from the local paper and make copies. Now I seem to have a CBS Sports, Facebook, Yahoo, and ESPN bracket, and because there are so many, it’s tough to have them all congruent. While the medium has changed, the challenge and the glory of winning your bracket pool remains the same. Last year I won my local “DC bro’s” pool, my girlfriend in her first year won my family one; I have been reminded of this often.

Thanks to one of my favorite twitter accounts Darren Rovell, here are some interesting figures:

Bottom line: There is sometimes no rhyme or reason to teams winning and losing. In the end, anything can happen, except for a #16 team beating a #1, which has actually NEVER happened.

To get ya’ll ready this week, here are some helpful reminders and tips.

Games Start Wednesday Night. So get it done soon. Can’t put this off for the weekend. Even Barack Obama get’s his done in time.

Best Win vs. Worst Loss. You can tell a lot about a team from strength of schedule (RPI) but to get a quick glance, look at their schedule. What was their best win and worst loss? These two games can tell you the character of the team and if they really can go deep. Home losses to bad teams always stick out for me.

This Isn’t Science Class. “Experts” don’t know perfect equations. There is a ton of chance. Can’t decide? Ignore ESPN and go with your gut. You’ll feel better about that than if a commentator leads you astray.

However you do decide, don’t forget it’s just a bunch of college kids playing hoops. If your alma mater is at the dance, good luck (unless its Georgetown, in which lose early). Have a great St. Patrick’s Day and enjoy March Madness.

What’s Been Making Me Laugh Recently?

Redskins fans thinking their team is suddenly playoff bound. RGIII is not Peyton, not by a long shot.

If you haven’t done your 2008 income taxes and made less than $40,000 last year, there is a group at The George Washington University that will help you prepare your taxes for free. The tax preparers are all law students certified by the Internal Revenue Service (IRS) to prepare returns. Several dates are left for you to get help (dates and room locations listed below).