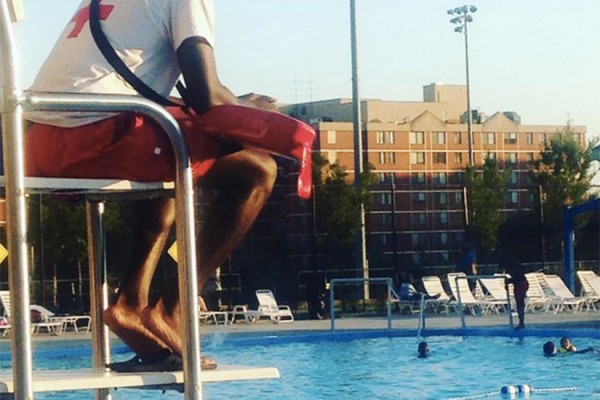 The D.C. Department of Parks and Recreation is planning to give locals some extra time to cool off at public pools in West End and on Georgia Avenue this week.

With a heat emergency in effect, DPR is keeping the Francis Pool (2435 N St. NW) open until 9 p.m. today and tomorrow, an hour later than usual. The Banneker Pool (2500 Georgia Ave. NW), which is closed on Thursdays, also won’t shut down as scheduled at 8 p.m. Friday, staying open until 9 p.m. instead.

The pools are free for D.C. residents.

Photo via Instagram/D.C. Department of Parks and Recreation

A man was assaulted with two “dangerous weapons” near the 3100 block of Georgia Avenue NW last night, say D.C. Police.

Police did not identify the weapons used in the assault.

An unknown suspect walked up to a man around 6:20 p.m. and struck him with two objects, according to police. When the man backed away from his attacker, the suspect struck him two more times, injuring him.

Before the attack, police say the suspect and victim were not seen arguing. 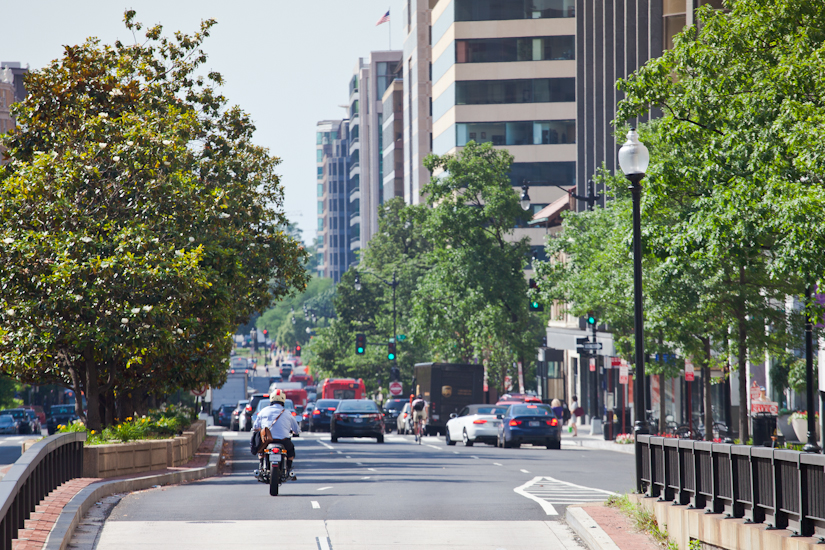 Georgia Ave. Parking  — More meters will be built along the 3100 and 3200 blocks of Georgia avenue. After a push by local business owners, the time for these meters will be increased from one to two hours. [Park View DC]

It’s the Humidity — Storms arriving later this afternoon set the tone for a warm and steamy week. [Capital Weather Gang]

The following column is from Brianne K. Nadeau. She is a resident of Ward 1 and a former Advisory Neighborhood Commissioner, representing ANC 1B05 from 2007 to 2011. In June she wrote a column, Redistricting Process Offers Chance to Reunite 14th & U in Ward 1. We welcome similar columns — you can reach us at [email protected].

You may have heard about this redistricting thing happening all around the city right now; it happens every 10 years following the results of the U.S. Census. After the City Council redrew ward boundaries to bring each into line with population requirements, each ward began redrawing the boundaries of Single Member Districts (SMDs) within its Advisory Neighborhood Commissions.

Note to data and map geeks: The New York Times has one of the best and easiest to use interactive Census maps out there.

Ward 1 has four Advisory Neighborhood Commissions (ANCs). ANC1B (which includes most of the U Street corridor) grew by 3,111 people. This is not surprising given the fact that Logan Circle and U Street have bore the brunt of DC’s population growth in the last decade. (ANC 2F/Logan Circle is faced with a similar task and must create two new SMDs, which will bring its total to eight.) On the other hand, ANCs 1A/Columbia Heights and 1C/Adams Morgan grew by less than 500 people each, and ANC1D/Mount Pleasant lost 1,541 people.

This means that we need to shift some things around. The guidelines for the size of each SMD should include a formula with percentages and deviations; essentially, each should aim for 2,000 people. Beyond that, a ward can have any number of ANCs.

The Ward 1 Redistricting Task Force, chaired by Alan Roth, is currently choosing between two different maps. One map would keep the existing four ANCs but play with the boundaries (this requires a Shutterfly account to view), and one creates a fifth ANC for the Georgia Avenue Corridor. On Monday, October 3, the Task Force will vote on one map.

My preference is a five-ANC configuration; Georgia Ave deserves the focus and resources that the other commercial corridors have benefited from. U Street is approaching a tipping point that requires community collaboration to help its commercial district continue to positively grow.

Ward lines need to be understood and drawn as the blueprint for the development of Ward 1 over the next 10 years. Now is the time and opportunity to give re-districting the attention it deserves and make sure that resources are allocated throughout each commercial corridor.

In the most recent iteration of the four-ANC configuration, ANC 1B would gain a seat in the U Street area. As a former chair to the U Street ANC,I can tell you that it is unwieldy enough to have 11 voices in the mix — let alone one more. It’s time-consuming enough to manage the bustling commercial districts of 14th and U Streets.

That’s not me whining about how much work ANCs have to do, boo hoo. That’s me recognizing that with all of the upcoming development on Georgia Avenue, it will be critical to give all parts of ANC1B its due and proper attention.

This is also not a commentary on the leadership in these areas. What I am saying is that if we can draw these boundaries to focus on each of the five distinct commercial districts, then we will be able to better serve our neighborhoods in the short term and the long term.

What hasn’t been discussed at the public meetings yet ― and hopefully is being hammered out by task force members as I write this — is how the SMDs will be drawn in the commercial districts. For example, 1B02, which is the heart of U Street, grew immensely and needs to be divided up. We can’t just look at population in this case. We need to review where the liquor establishments are, and which streets might make better boundaries than others.

The majority of licenses now are all in one SMD; this is not only an incredible burden for that Commissioner, but it’s also a raw deal for those being served by that Commissioner. I don’t have the answer to where those lines should be, but that conversation — and similar ones in other commercial districts — needs to be had. And the feedback needs to be taken very seriously.

My preference is for the creation of a fifth ANC in Ward 1. Barring that, I hope that the Commission will at least give careful consideration to how the commercial districts are divided among SMDs. The Ward 1 Task Force is required to submit its recommendation to the City Council the week of October 10 — let’s see whether they are willing to shake things up with a fifth ANC. I believe it would benefit everyone in Ward 1.