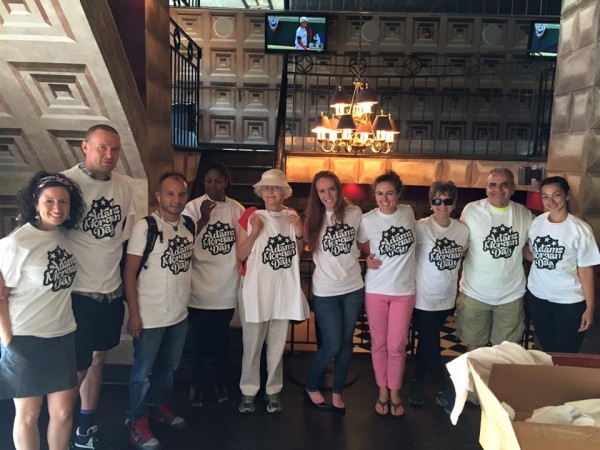 Where to watch football? Grand Central on 18th Street NW gets four out of five possible Lebodome Pigskins. (Scott Leibowitz)

From Scott Leibowitz. Find him @Lebodome on Twitter or email him at [email protected]

Football watching is a fairly serious endeavor for the millions who partake in it each week. What to wear, available snacks, beverage selection, good company and a litany of other factors weigh in on the average football fan when they decide where to watch their team, or the big game.

Over the course of the next few weeks, I will be examining various places in Washington, as well as local settings, in a scientific manner to break down the pros and cons of each spot.

Weighing in each factor listed above combined with my general mood from my fantasy leagues, each place will receive a score of Pigskins. I look forward to seeing who has the best barn in town.

So without further ado, my first football viewing…

Why Did I Go There? D.C. is a city full of people who aren’t from here. I was looking for a hometown-like experience to enjoy the football game (Like 51st State Tavern is for NYC sports teams). That and my best friend from Buffalo was in town…

Atmosphere: I have been to a lot of cities around this country, but have yet to make it Buffalo. Last Sunday in this bar, I felt like I had walked into the city as it was packed wall to wall with guys and gals all sporting their Bills gear talking about Mighty Taco. I borrowed a Bills sweatshirt so I blended in but it seemed like everyone knew each other by at least 3 degrees.

The bar itself has three different bars, three floors, around a dozen T.V.’s and plenty of space for the many games played on a Sunday; it even has an outside porch for breaks and fresh air. Besides ski-ball, this bar has everything you would want, including a photo-booth like at the mall. There is even a shrine to “The Most Interesting Man in the World” surrounded by Bills’ legends, just great.

Food and Beverage: It’s a Buffalo bar, so there is lots of Labatt Blue. Past that I’d say the taps are fairly standard but extra points go to pitcher availability. Wide food menu too, but people aren’t there for the food. ‘Cept maybe the wings… saw a lot of them around. But they are called “Buffalo” wings for a reason.

Actual Game Viewing: Big screens all around and the sound is of the game at the bar you are closest too so it is pretty easy to follow the game.  In a bar like this, unless you get there before kickoff, it is likely that you are standing for the game, but that ain’t so bad (just not your couch).

Overall: I went searching for the hometown bar experience, and I got one. Wouldn’t have minded a bit more seating space, but I won’t let standing get in the way of a great comeback.

Bottom Line: Owner Rashaand’s bar is a topnotch hometown bar and should be considered a great destination for any fan of any team.

Total Pigskins: Four out of Five. Great starting bar for this project.

Thought of the Week

When did Fall show up? Sad day to put away my checkered shorts and sandals for jeans and dunks…