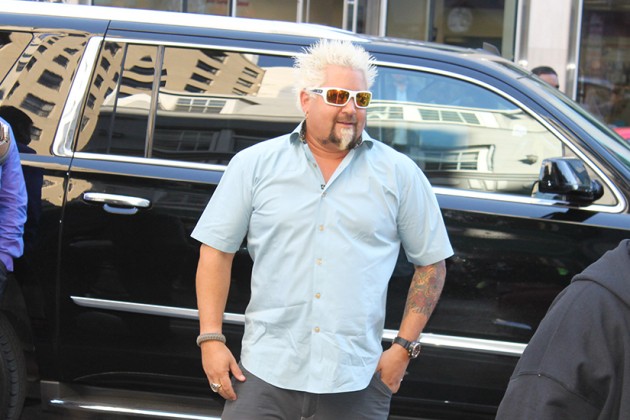 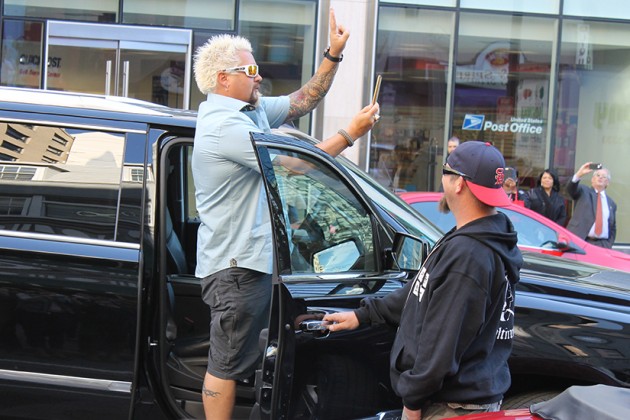 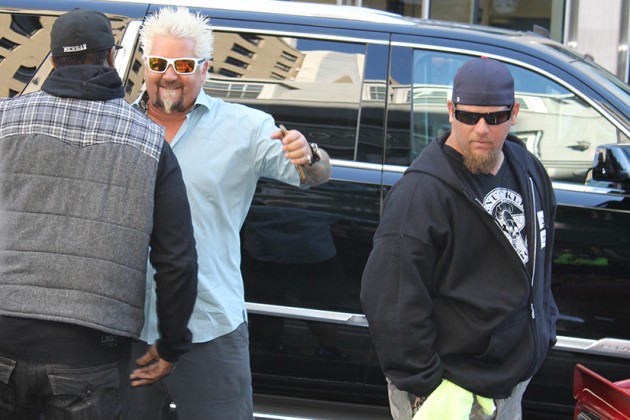 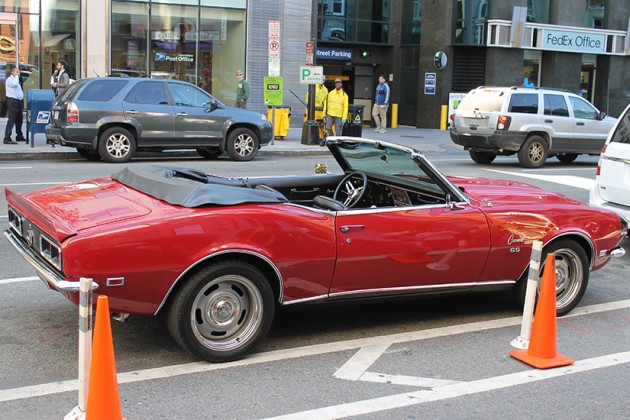 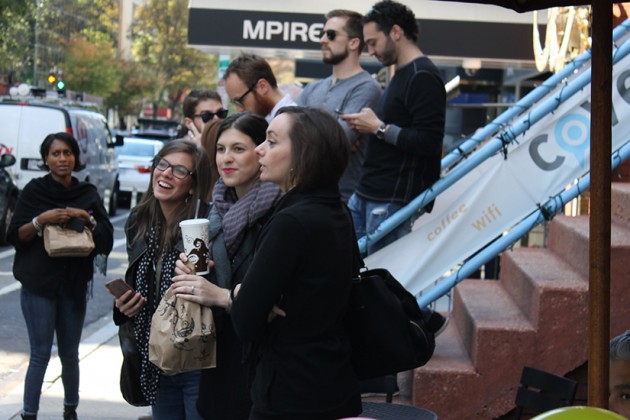 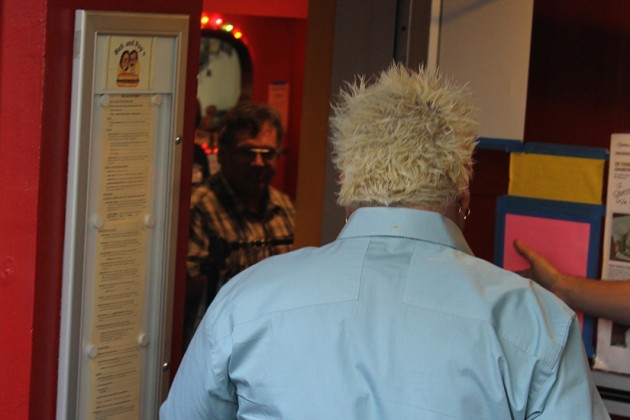 Dozens of people gathered to watch the spiky-haired food fan enter the restaurant.

“Is this how Friday is in D.C.?” Fieri said while leaning out of car and snapping a photo on his phone. The crowd roared back with applause, cheers and a chorus of “We love you Guy!”

Fieri then waded through the crowd, stepped inside the eatery and disappeared from the public eye. While what he ate remains a mystery, plenty have speculated he’d chow down on a five-pound Lil Petey sandwich.

Fieri was also spotted earlier today at Toki Underground on H Street and in front of Carving Room downtown.