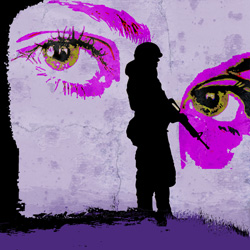 You can attend the theater without ever leaving Borderstan at The JCC’s Theater J at 16th and Q Streets NW. “Honey Brown Eyes” opens October 22 and runs through November 30. Details below, from Theater J’s Web page.