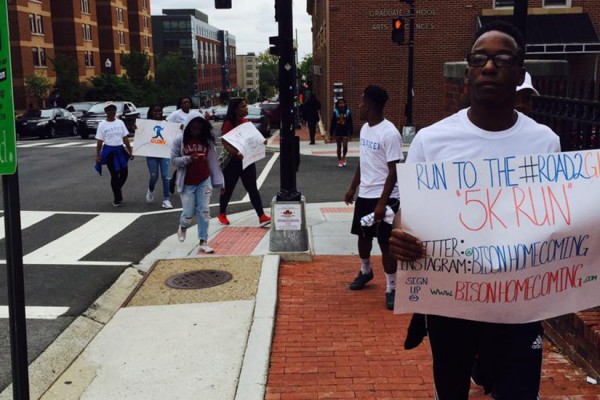 1400 block of P Street NW. We’ll assume the plates were not expired and the driver had not been taken away by police. (Luis Gomez Photos)

From Michelle Lancaster. Follow her and tell her your news on Twitter @MichLancaster or email her at [email protected]

That’s right — my fellow procrastinators need not worry about getting ‘cuffed for expired tags. DCist reports that fines will replace arrests for expired registrations, thanks to emergency legislation passed by the City Council. The Council will have 90 days to discuss the change and make it permanent (or not). It’s nice to know that the City Council can move quickly when enough hysterical media headlines mount into something that resembles public outcry.

The Washington Post has a pretty interesting piece outlining some of the resident groups that have formed to take some decision-making power back for themselves as Georgia Avenue NW is developed and redeveloped. The Georgia Avenue Community Development Taskforce is doing some pretty cool things on the Avenue, including art installations in abandoned storefronts. The community pride and focus on improving their community, without rolling over to gentrification, is not a new concept in the district, and it will be interesting to see how the Taskforce does in meeting their goals. We’re rooting for you!

How to Survive U Street During Howard Homecoming

The Post has a a fair number of blogs within its coverage, and one of those is the Root DC, a blog aimed at African-American audiences. A Howard alumna penned a blog post which I found rather amusing about how to survive Howard’s homecoming. When someone writes this, ” If you remember when the U Street area was extra cracky, you should not attend any events where rappers (born after 1975) are scheduled to perform. Doing so means you’re the old man or woman at the club,” I cannot help but be entertained.

Our friends out on the Orange Line will not soon forget the aftermath of an alleged suicide attempt last week. Neither will Metro, as they are planning to train workers on identification and intervention. It is a program long in the making, reports Washington Examiner. The paper also reports the man who jumped in front of the train last week passed away from his injuries just moments after writing this round up, which seems to indicate the program should start immediately. The man was the 11th jumper in 2011.

I Predict a (Wine) Riot

What to do with your Saturday? How does tasting 200 wines sound? If you don’t like that, well, I don’t like you either. If you do, check out the post at We Love DC. Look for unique sips, some food from Luke’s Lobster and bottomless refills for your approximately $60 ticket. It coincides nicely with the events of  DC’s Wine Week, founded by the delightful @DCEventJunkie and @VanessaFrench. Some of those are happening in Borderstan, so get your terroir on in the hood if you missed last night’s event at Kramerbooks.