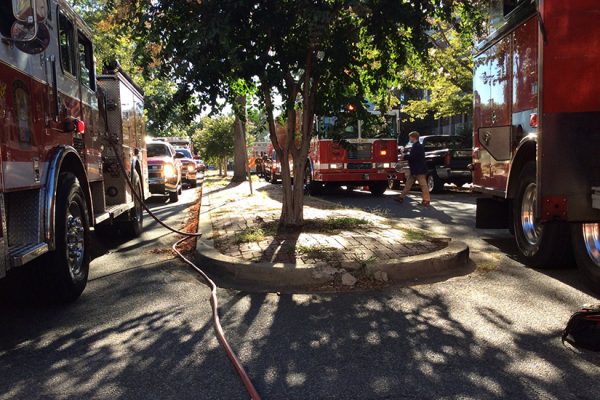 A man was injured after a cooling unit leaked Freon inside of an apartment building in Shaw earlier this morning.

D.C. Fire and EMS Hazmat crews rushed to the scene of a Freon leak inside of a six-story apartment complex on the 500 block of N St. NW around 8 a.m., according to spokesman Doug Buchanan. When personnel arrived, they found that a “refrigeration or air conditioning unit” in a utility closet area was leaking the refrigerant.

A worker with the apartment building was taken to the hospital with potentially serious respiratory injuries, Buchanan said.

A contractor was called to fix the leaking unit.

HazMat freon leak – 500 blk N St SW – getting fix on now. Have transported 1 from the scene. Contractor on location pic.twitter.com/YDWOXE9t2D

Maybe so… maybe not. Don’t rush out just yet to buy a chicken coop for your back patio. The question of whether we can raise domesticated chickens in DC as a hedge against total economic meltdown is not settled yet.

I ran across this headline today at in shaw (an historically gentrified blog): “Chickens in the City.”

Well. What did this mean? What chickens? Chickens in Washington? Has chicken farming become a problem that is bedeviling some Advisory Neighborhood Commission? Is this an issue pitting newly arrived country people against urban sophisticates?