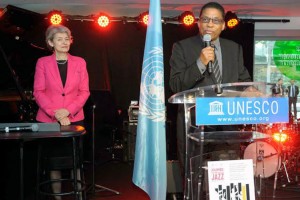 Notable jazz musicians Herbie Hancock and Dee Dee Bridgewater will visit Dupont Circle this weekend to help usher in a day of jazz music and educational events across the city.

Hancock and Bridgewater are slated to speak and perform at the opening ceremony of D.C.’s International Jazz Day in Dupont Circle park at 10 a.m. Saturday morning. They’ll be joined by Mayor Muriel Bowser, United National Educational Scientific and Cultural Organization (UNESCO) Director-General Irina Bokova (pictured on the left) and students from the Duke Ellington School of the Arts (2501 11th St. NW).

Other jazz musicians will jam in the park between 11 a.m. and 7 p.m. that day. The full schedule is as follows:

END_OF_DOCUMENT_TOKEN_TO_BE_REPLACED 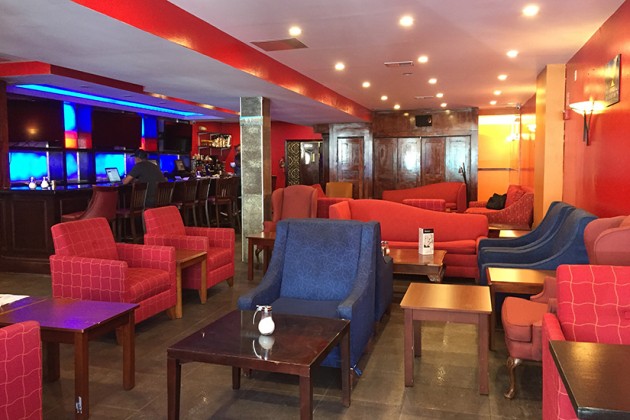 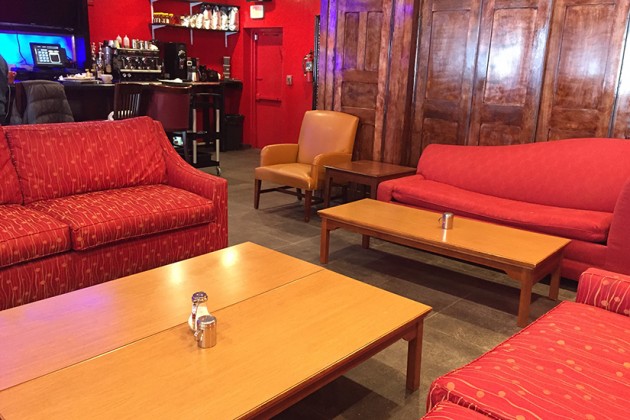 Red Line single tracking is set to begin EVERY WEEKNIGHT at 8 pm between Dupont Circle and Van Ness, reports the Washington Examiner. The rational commuter in me understands that track work is necessary to improve safety and efficiency. The rider in me is pretty ticked off that this ‘improvement’ will take “until the spring” and is on top of other planned single tracking on weekends. But since I would like to stay alive on my travels, and track work is to replace the circuits that failed in the Fort Totten crash, I will just grumble into my crossword puzzle. Plan accordingly, people!

So Bike and Park at a Pretty Rack Instead

Have you noticed the new and improved bike racks around the city? I am partial to the one on M Street NW by the National Geographic building. But as DCist notes, artistic bike racks are popping up all over the district. The racks often tend to be reflective of their neighborhoods (see the dragon in Chinatown) and overall provide some interesting aesthetics for pedestrians and cyclists alike. What’s your favorite?

Insert your own off-color joke here ( ). There, now that we are past that bit of humor, this was pretty serious stuff on Monday. A HazMat unit was deployed and Washington Gas turned off the leak, but it still closed down parts of Massachusetts Avenue, Florida Avenue, 21st, R and Q Streets NW. We Love DC has the recap, but no one seems to know why this happened. Sort of scary!

CapitalBop’s Jazz Lofts are unique events, which feature well-known artists performing sets followed by an all-out jam session at the end. This month, the event is paired with radical film festival, Reel Fest DC, with the event serving as the festival’s after-party. Jazz, film and jams — what’s not to like on a Sunday night?

New blog, DCwriters.org, is here to provide a guide to DC writers’ homes. Washington City Paper tipped me off to the story, and we can claim Sinclar Lewis as a Borderstan resident from his time on Logan Circle. There are many others — John Dos Passos, Langston Hughes and Julia Child to name a few. It’s worth checking out the variety of names and the pictures of their residences, as used in present day.

Little Serow is not only by Komi, as in near to, but is also literally by Johnny Monis, the owner of Komi. And now it is open (shh, don’t tell)! Washingtonian gives a peek into the space, its vision and the menu. The reservations may be tough to come by, but they’ll text you while you down some drinks around the corner.

Chuck Thies minces no words when it comes to his feelings regarding the work performance of DC Council Chair Kwame Brown in this article, found in Georgetown Dish. The short story is this: Brown tweeted a picture about real change occurring when politicians were making minimum wage; Thies takes issue with this tweet and Brown’s $190,000 a year salary. But the short story barely covers the list Thies assembled of items that have yet to be answered or delivered by Brown on his more-than-minimum-wage salary.

As someone who was once a college student, I’m familiar with the ‘dine and dash.’ As someone who worked tables while in college, I curse this ‘prank.’ Turns out I’m not the only one — taxi drivers lambasted the number of passengers that get a ride, then ditch the fare. In DCist’s coverage of the hearing at the DC Taxicab Commission, a number of drivers said the problem was widespread and had gotten worse since meters were installed. We all know that the zone system allowed some abuses in the amount charged, but if this is widespread, then yes, the city should be acting. That’s apparently the plan, as the Commissioner has asked for cabbies to submit testimony documenting the occasions.

The gallery Contemporary Wing has secured a sought-after 14th Street NW location, at 1412 14th Street. The location was announced ahead of the planned November 1 announcement on their website (we got an email note). The space is leased from Lori Graham Design and Contemporary Wing will have the front exhibition area. They plan to open in mid-November and we’ll let you know when you can go check it out.

It is hard to imagine that a man who fought for school desegregation, worked with JFK on minority affairs and broke color barriers in DC politics would be pleased with his namesake building, the Frank D. Reeves Center on U Street NW. While it’s a fine building from an aesthetic perspective, the pictures say a million words in this Washington City Paper exploration of the building. The accompanying text is plenty powerful, though, and documents a building that is in need of repair and some oversight. Councilman Jim Graham can’t be pleased at the investigation Loose Lips took into an area called his constituent service area, which is being used by the All Faith Consortium instead of Graham.

Eli Lehrer has graced this page before due to his Huffington Post blog on why DC isn’t a great food city (and several readers agreed). Now he’s back, to take on an equally contentious topic involving whether the city should let the Lincoln Theatre wither. His take? The Lincoln is a “white elephant” that may “hurt the ability of the area to emerge as a stronger arts destination.” The stance may be unpopular, but it is guided by a sentiment shared by many owners and patrons of the arts. Government restrictions on noise combined with rent make U Street a tough place to preserve and grow a robust jazz scene. I still am not sure I agree with the idea that Crystal City has more jazz on Saturday than U Street, though. Someone, do the math!

Sorry for a bummer of a Stuff for the second Friday in a row. After you’ve read Laura’s column and decided where to get real boozy with it this weekend, shake off that Friday malaise/hangover with some really cute dogs in some cute and some questionable Halloween costumes from the Washingtonian. If you can do better, send me your pics and we’ll figure out some puppy power prizes.

Check out the live music listings for Thursday, June 17 through Sunday, June 20… always plenty of to hear at clubs in the Dupont-Logan-U Street area.

Who’s playing at the Velvet Lounge on U Street? Find out below the fold. (Luis Gomez Photos)

Here is your listing of live music at venues in the Dupont-Logan-U Street area. If you want to head out on foot or take a quick taxi ride for some music in the neighborhood, here are the places to go–the list is below the fold.