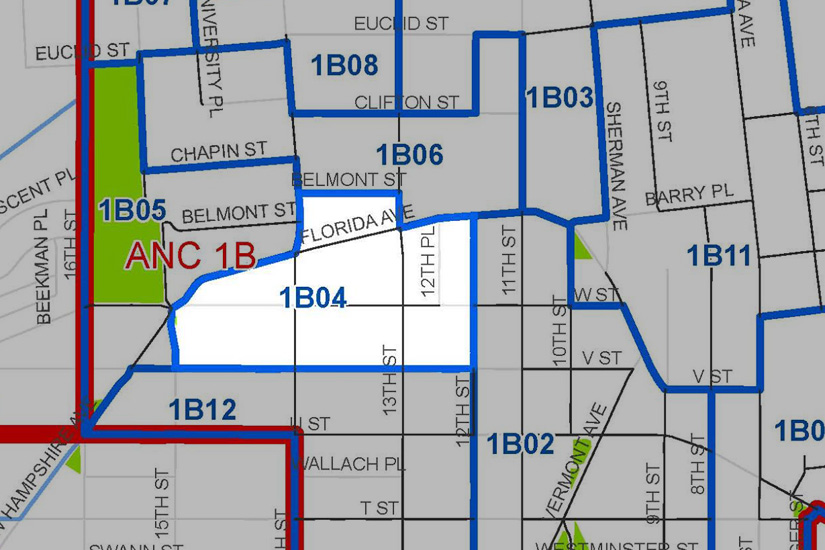 ANC 1B needs a new commissioner.

Last month, the ANC board published the position opening with the D.C. Board of Elections in hopes of finding a candidate.

“It would be unfortunate for 1B-04 to go unrepresented any longer,” said Hudson in an e-mail to Borderstan. “Those residents need a voice on the Commission that represents their needs and interests specifically.”

To qualify for the election, candidates must live in 1B04, a small area of city that includes slices of 12th to 15th streets NW, Florida Avenue NW, and W Street NW.

If no one applies for candidacy, the D.C. Board of Elections will continue to declare the vacancy until a candidate steps forward.

Locals can pick up nominating petitions at the D.C. Board of Elections office located at 441 4th Street NW.

Graphic created with image via Facebook.com/ANC1B