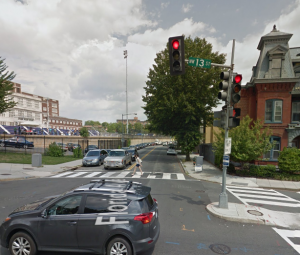 (Updated at 1:48 p.m.) An underground wire fire and subsequent manhole explosion caused the closure of the 2500 block of 13th Street NW for about an hour yesterday afternoon, D.C. Police said.

A witness wrote about hearing the explosion yesterday on the D.C. subreddit.

“Today there was a fire under the street near the intersection of 13th and Florida Ave,” wrote user gabrielle1106.

“One of the manhole covers blew off and made a tremendous noise,” they continued. “There was black smoke rising from the hole and the fire truck came. The street was closed off for about an hour.”

Police said there were no injuries or property damage related to the explosion.