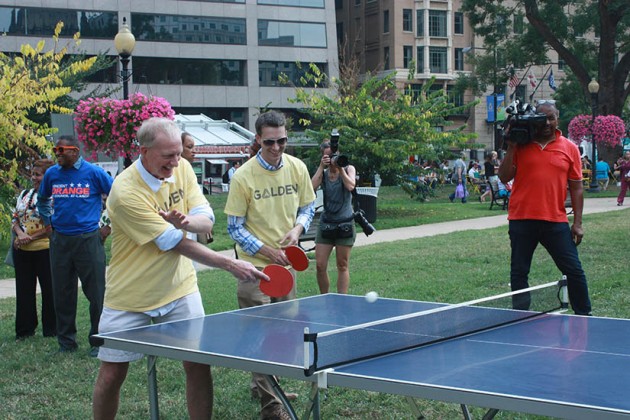 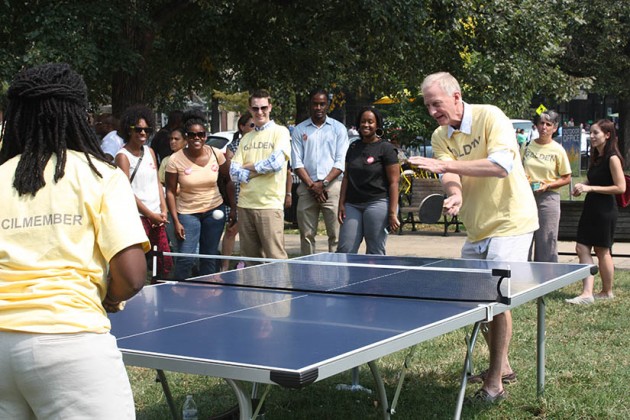 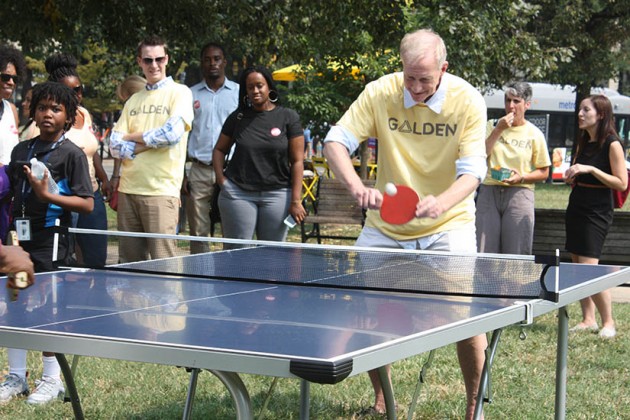 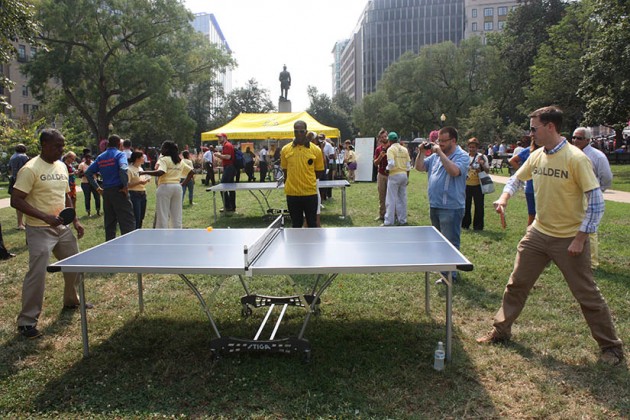 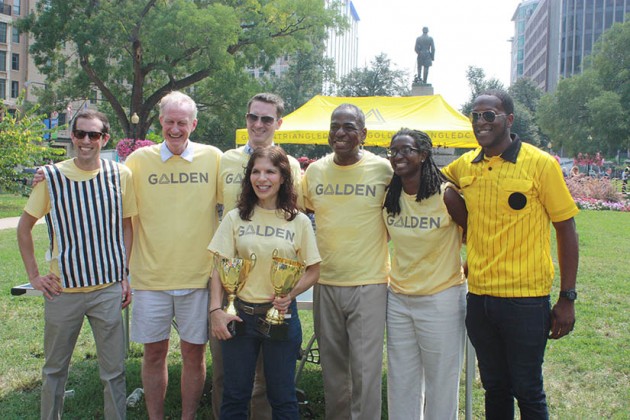 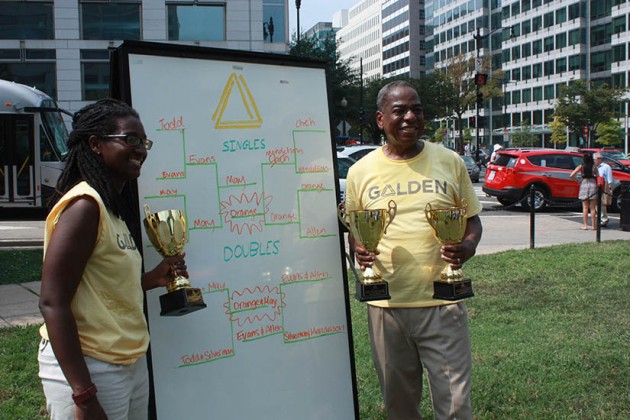 On the heels of DC Mayor Vincent Gray’s recently exposed shadow campaign, three of the city’s 12 sitting concilmembers have now called for Gray to resign on Wednesday due to the scandals in his 2010 Democratic Primary campaign against incumbent Mayor Adrian Fenty.

Councilmembers Mary Cheh (D-Ward 3), David Catania (I-At Large) and Muriel Bowser (D-Ward 4) have said Gray should resign in the wake of federal prosecutors investigating Gray’s 2010 election campaign for illegal funding. Catania even went so far as to call the mayor a “joke,” adding that he is a “laugh line” and an “embarrassment.”

What is notable about Cheh’s Wednesday statement is that she endorsed Gray over incumbent Fenty in the September 2010 Democratic Primary. It was not a popular move among Cheh’s constituents in the upper Northwest Ward, which voted overwhelming for Fenty over Gray.

So what exactly happened to account for these accusations? Well, it is reported that Gray’s 2010 campaign misreported (or failed to report) $650,000 funneled from local contractor and (major) local political donor, Jeff Thompson. (Read more about Thompson in the Washington City Paper – in particular, how his home and office spaces were raided in suspicion of illegal activities related to the 2010 campaign.)

On Wednesday, Gray spoke about his allegations in a press conference where he confessed that he was not aware of the illegal reporting of contributions to his campaign. Gray said that he has no intentions of resigning.

Whether or not he was aware of it, Eugenia Clarke Harris, an aide in Gray’s campaign, pleaded guilty to charges that unreported money was used in campaign efforts to beat out incumbent, Adrian Fenty. Two other aides have pleaded the same charge. According to NBC Washington, Harris could receive 30 to 37 months in prison, and a fine between $6,000 and $60,000.

And even though Thompson’s contributions hardly made a ripple in the money pond of the election (Gray reported raising and spending about $2 million, whereas Fenty spent nearly $5 million), local politicians and supporters are outraged and feel betrayed by the candidate that campaigned on integrity.

Early this morning, ABC7/NewsChannel 8 reported that “Campaign workers for D.C. Mayor Vincent Gray tell The Associated Press that day laborers who worked at polling places on Gray’s behalf in 2010 were routinely paid $100 in cash — twice the legal limit.”

The Dupont, Logan and U Street areas of DC voted overwhelmingly for Fenty over Gray in the September 2010 primary. Fenty carried 9 out of 10 local precincts, winning six with more than 70% of the vote.

DC’s electorate is overwhelmingly Democrat, which means winning the Democratic Primary is almost always tantamount to election. But, in the November 2010 general election, Fenty got approximately 23% of the vote in a write-in campaign organized by Fenty supporter Joshua Lopez. Locally,  Fenty got 30% in Ward 1 (which includes the U Street corridor and Adams Morgan) and 39% in Ward 2 (which included the Dupont and Logan areas). For example, Write-In (Fenty) received 43% of the vote in Precinct 16 at 15th and R Streets NW.

The Uber conundrum took yet another turn this week as the DC Council briefly considered an amendment that would restrict the car service’s ability to operating only as a luxury alternative.

Uber, the tech-enabled car service that brings luxury cars to the doorstep of anyone with a smartphone, has been embattled by the DC Taxicab Commission since its launch last December.

Yesterday’s proposal was an attempt to bring the car service into compliance with DC law, and was the fruit of several months of collaboration between councilmembers, the Taxicab Commission and Uber representatives.

The sticking spot in these negotiations was a proposed price floor that would force Uber to operate only as a “sedan class” service. The price floor mandated that Uber charge a minimum fare of $15 – three times the taxicab minimum – crippling its plans to expand into lower-cost transportation services in the District, as it has in New York and other cities.

In a characteristically impassioned e-mail sent yesterday, Uber CEO Travis Kalanick denounced the price floor, accusing members of the DC Council of stifling entrepreneurs, and calling on his supporters to reject this politically motivated interference (yes, he went there). Twitter-savvy Uber users took the cause viral, and in the 12 hours that followed, Council members received tens of thousands of Tweets and e-mails urging them to strike down the amendment. Many undoubtedly came from an online petition at change.org in support of Uber.

Yesterday morning, Councilmember Mary Cheh (D-Ward 3) announced that she would do just that, but expressed disappointment at the breakdown of what she believed was an amicable agreement. “Uber contacted me and asked to work together to legalize services like [theirs] in the District, and I have met with Uber many times, negotiated in good faith and believed that I had reached an agreement with them last week,” Cheh wrote in an e-mail.

Despite being caught off guard, Cheh stated her intention to reintroduce the amendment – likely without the $15 minimum – before the council. “I am flabbergasted but flexible,” she said. In a time when things move as fast as Uber, she probably has the right attitude.

In fact, that line proves all too true. Late yesterday Councilman Jack Evans (D-Ward 2) introduced an amendment to the taxi modernization bill recognizing Uber’s operations as legitimate under DC law. The amendment, which leaves out the contested price controls, was co-sponsored by Councilmembers Micahel A. Brown (I-At Large), David Catania (I-At-Large and Tommy Wells (D-Ward 6).

14th and T Streets NW: Cheer up, it's already Wednesday and the weather is supposed to be great. (Luis Gomez Photos)

Washington Examiner looks into the still mysterious death of Lou Stancari, found last year at the Farragut North metro station. After a dinner in his neighborhood of Capitol Hill, his fare card was swiped at Dupont Circle. Everything else is mystery, including what and/or who inflicted the blunt force trauma that was ruled the cause of death. Was it a drunken stumble, an assault, a suicide attempt or other foul play? His friends are confused and frustrated with the investigation.

It is a bizarre death that is made even odder by its similarity to the death of Benoy Chacko, who was ruled an accident. Investigators in that case think he decided to walk along the tracks and was clipped by a passing train. In a system that is attempting to better prevent and handle fatalities, these investigations do not bring much hope or optimism to 2012. Is anyone else surprised that there is not video evidence, or video surveillance at all, of either of these events?

Mixed case design comes to street signs near you (or not). Mike DeBonis at the Post outlines the reason for the gradual roll-out of the mixed case (both upper and lower case, as opposed to the previous all caps design) signs — President Obama had to step in to prevent localities from rioting over the costs and tight deadline to switch out signs. DC can now replace the signs at their own pace, which DDOT indicates will be slow. They will replace the signs as needed, and the shelf life of a street sign is about 10 years.

That’s the opinion of a few after reviewing Rush Limbaugh’s comment about Councilwoman Mary Cheh today. He referrred to her as ‘babe,’ which brought out Media Matters. They have previously been on his case for using the term to dismiss and diminish a number of powerful, intelligent women. The The Washington Post’s Mike DeBonis reports his tirade on the misrepresentation of a bill that would ‘relocate’ rat families found by exterminators to the state. He also incorrectly identifies Cheh as the “woman behind the DC plastic bag tax;” she was a supporter, but not the original author. Virginia Attorney General Ken Cuccinelli II was the interview guest, who is standing by his characterization of the bill after a response from Cheh (all in the article). So, Rush Limbaugh may or may not be a liar. But he doesn’t seem to think much of women.

You may recall the incident at the U Street metro station last year, where a man in a wheelchair was thrown to the ground by Metro Transit Police. The Transit Police said the man, Dwight Harris, was intoxicated and disruptive. What you may not know is that another man, Lawrence Miller, was arrested for inciting violence after asking the police what they were doing and soliciting aid for his friend. 9 News Now reports that those charges were dropped, but now Miller is suing, with ACLU assistance, for violating his First Amendment right to free speech and expression. WMATA doesn’t comment on these type of legal matters, so I guess we will wait to hear their defense in court or in settlement papers.

There were many political poobahs (yes, it’s a word I love) on hand; I spotted Councilmembers Jim Graham (Ward 1), Mary Cheh (Ward 3) and [I think I saw] Phil Mendelson (At-Large). At-Large Council candidate Clark Ray was there as was DC’s delegate to Congress, Eleanor Holmes Norton. END_OF_DOCUMENT_TOKEN_TO_BE_REPLACED