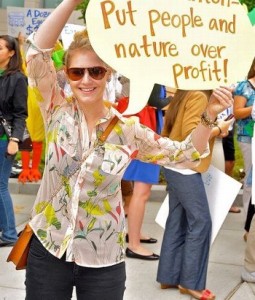 A Shaw woman is raising money for a bike ride meant to bring awareness to environmental issues.

Lily Boyce, who lives near the southern boundary of Shaw, seeks to raise $2,800 for a 380-mile Climate Ride from Bar Harbor, Maine, to Boston in September.

Boyce, who works as a researcher at consumer rights non-profit Food and Water Watch in Dupont Circle, says she’s riding to help end fracking, bring awareness to GMO labeling and to make clean water sources available for all.

“We’re trying to use this ride to promote our campaign a little bit,” says Boyce.

“I lost someone very close to me last year through a bicycle crash in New York,” she says. “City urban infrastructure needs to be more open of bicycling as a way to get around.”

Boyce, who has already raised $372, has just two months to raise the $2,800. But she’s confident and excited that she’ll be able to bike during September’s ride.

“I’m so sick of this humidity,” Boyce says. “I’m a total cold weather girl. I’m all about the snow and mountain life. If I get to wear a jacket, I’m happy.” 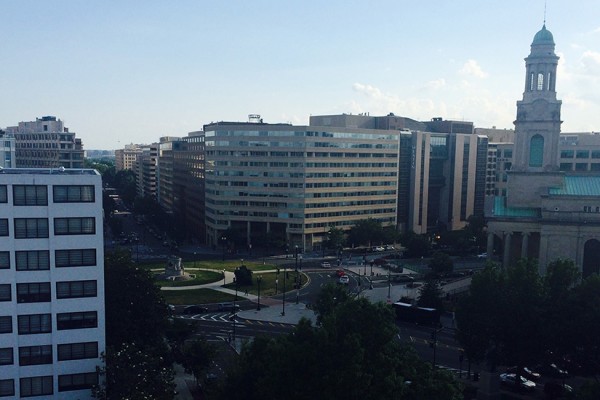 On the first Wednesday of every month, Advisory Neighborhood Committee 2F meets at the Washington Plaza Hotel on Thomas Circle.  The agenda for tonight’s meeting is posted on the ANC’s website. This reporter will be in attendance.

The ANC, which is comprised of the areas around Logan Circle and Scott Circle, makes up a large part of what became known as the original Borderstan — an area couched around two police districts whose residents came together to push for more police coordination in 2007.

As noted by the founders of the original Borderstan, ANC’s are a critical part of local governance in Washington D.C. We will continue to cover the work of different ANCs in our coverage area for the months to come.

Meeting Location:  Varies. Check the ANC website for an agenda with location information.

Meeting Time: 7 p.m. on the first Wednesday night of every month.