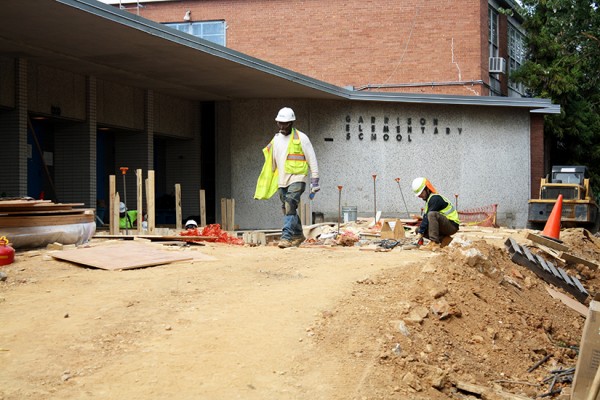 In January of 2015, a last-minute parent fundraising campaign spearheaded by a resourceful singe-mother raised $2,000 in just 3 weeks from Garrison Elementary families. Donations brought in Capital Movement, a DC-based, women-owned dance studio that understood our financial limitations. Students had two hip-hop classes a week, and in June, parents attended their yearend recital.

For many watching, it was heartwarming and hilarious as rambunctious preschoolers tried hard to follow the dance steps. For me as a parent, the recital provided a sense of peace. Peace in the fact I worked and, while I did, that my son was learning and being exposed to experiences that I alone could never provide.

As a working mom, I know I am not alone. Caring for children after the 3:15 pm school day is a source of psychological and financial stress for many. With 48 percent of the school population living in shelters or classified as “at risk” by DCPS, there are parents dealing with a far more worrying reality than I know. Parents who work or study often grapple with the costs and benefits of their life decisions on their children’s well-being.

Garrison has a chance to solve this. The video above may not show it, but getting to this well-choreographed routine was no easy path.

After losing a grant for aftercare funding in October of 2015 with little notice, Garrison students were left with low coverage ratios and zero programming. The principal and the Parent-Teacher Organization (PTO) worked to patch a program together to finish the year. For the 2016-2017 school year, the PTO led an effort with the school administration to find a private aftercare provider that ensured better ratios, safety and enrichment. We look forward to welcoming Apollo After School in August.

To ensure equitable access to high-quality aftercare, we have launched a community crowdfunding campaign. Our PTO website will recognize local businesses and community members that participate as champions for education.

Funding will go to programming like dance classes and to scholarships for working, low-income families. Families qualifying for Medicaid will be able to access the program without paying the monthly fee, however many families are caught in the middle. They earn too much to qualify for a DCPS subsidy but not enough to pay programs costs.

An enriching aftercare program will further transform Garrison. Aftercare is part of the virtuous cycle that keeps school enrollment rates up, enhances school day programming and can even lead to higher test scores — Garrison’s core challenges.

Additional money raised will provide enrichment for older grades, such as field trips to Philadelphia for 4th graders or tablets to help kids with autism learn in our special education classes. Garrison has one of the highest percentage of special needs students in DCPS.

If you pass by Garrison elementary on S Street, you will notice bulldozers, cement piled high and men in hard hats sweating in the summer heat. The ground is literally breaking at Garrison. And for good reason. After a lengthy political process, our modernization dollars arrived and are hard at work.

But the challenge of improving this school does not end with a modern facility. We are reaching out to the community to break new ground. It seems only fair to strengthen the elementary school at the epicenter of so much social and economic change. The ripple effects of doing so will benefit far more than just the students. The more schools thrive, the more the communities that support them thrive too.

I invite you to be a part of this virtuous cycle. Please join us in our campaign to bring equitable, high-quality education to your neighborhood.

Tax-deductible donations can also be made by Venmo to [email protected] or check to Garrison PTO, Garrison Elementary School, 1200 S St. NW. 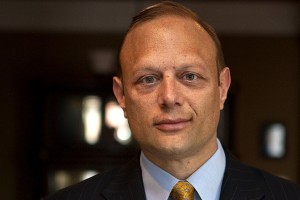 Dave Oberting is a candidate for an at-large seat on the D.C. council in the November 2016 election.

The views and opinions expressed in this op-ed are those of the author and do not necessarily reflect the views of Borderstan.

I was born into a middle-class Midwestern family. Both my parents were teachers. They stayed married to each other for 37 years until my father passed away about a decade ago.

The neighborhoods I grew up in were safe and secure — the kind of neighborhoods where you could leave your door unlocked at night. Crime never entered my mind because there wasn’t any.

I spent twelve years in Catholic schools. They weren’t great schools, but they were safe. Aside from the occasional fist fight, there was no violence. There were no metal detectors. We learned the basics.

And most importantly, there was never any doubt that there would be a good white-collar job waiting for me when I graduated with a clear pathway to a successful career. And here’s the key to my story — I took it all for granted. It was an entitlement. It was the definition of the American dream and it was mine by right.

We probably all define white privilege in different ways. For some, it’s a myth. For me, it was the right to pursue the American dream without obstacles or roadblocks.

Many African-Americans in the District of Columbia, and around the country for that matter, have been systematically denied the kinds of educational, economic and job opportunities that the typical Borderstan reader takes for granted.

If that child is a boy, he will be eight times more likely to spend time in prison than a white D.C. resident.

Most critically, the median white household in the U.S. in 2011 had a net worth of $111,146, while the median net worth of an African-American household was $7,113. There are many elements of racial justice, but when I think about District residents, what comes to mind first is finding some justice of the economic kind, which is primarily about the availability of and preparedness for good jobs.

Every District resident, regardless of skin color, is entitled to the privilege of taking a good education, good job training, and a good job for granted. Right now, they’re not getting it.

Sometimes we forget the full name of Martin Luther King, Jr.’s pilgrimage to the nation’s capital in 1963 was the “March on Washington for Jobs and Freedom.” It was no typo that “jobs” came before “freedom” in the title. Dr. King knew the right to a decent full-time job is the most fundamental entitlement there is and the cornerstone of human freedom.

The District government owes every African-American D.C. resident (and every other resident) an economy that grows fast enough to create a sufficient number of good jobs.

Since 2007, D.C.’s economy has grown at an average rate of 1.28 percent. That’s just not fast enough to get it done. The U6 unemployment rate (a broader measure of unemployment) is 11.6 percent.

If you agree the District’s economy isn’t growing fast enough, then it needs to be stimulated. Since there can be no deficit spending, what’s left are serious reforms to our tax and regulatory systems. Making the District a better, easier and less expensive place to do business is a prerequisite for the faster growth that creates more good jobs.

Secondly, too many District residents have not had the opportunity to acquire the skills that permit them to succeed in the middle-class jobs that do exist, and the ones that will exist in the first half of the 21st century. This is a failure, over two generations, of our education and workforce development systems.

Anyone who is pleased with the progress of either hasn’t been paying attention. We spend $125 million per year on job training that is largely obsolete and ineffective, and we do little to actually connect the graduates of that training to meaningful employment.

We are eight years and over $16 billion into “school reform,” but our results continue to lag. Yes, there has been some educational progress, but it hasn’t come nearly far enough, fast enough.

They say the definition of insanity is doing the same thing over and over again and expecting a different result. We’ve been executing on the same economic and education policies for two generations. Thousands of District residents have paid the price.

The info below the fold is at from Dupont Forum on the Yahoo! Groups listserv, from Paul Williams, executive director of the Historic Dupont Circle Main Streets program.