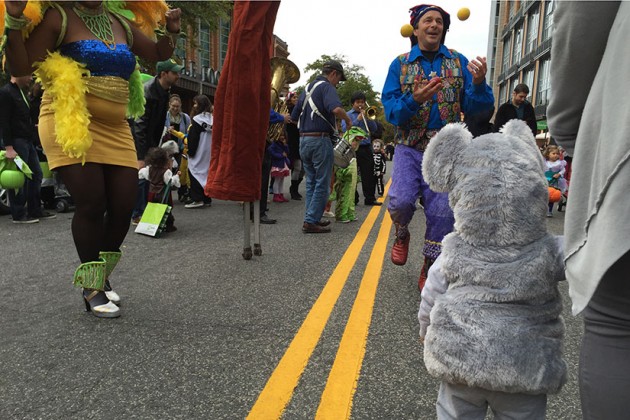 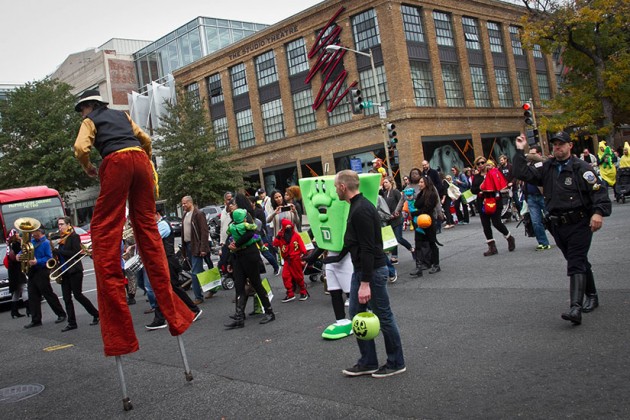 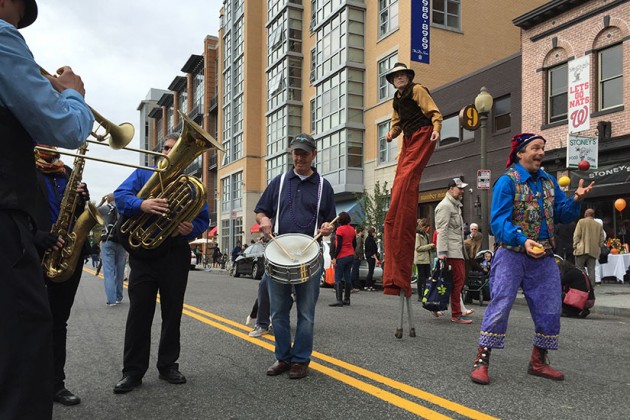 The organizers behind the annual Little Goblins Parade in Logan Circle are again on the hunt for some volunteer “goblin wranglers.” 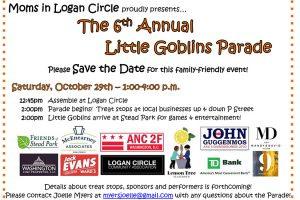 This year’s march will begin at Logan Circle on Saturday, Oct. 29, at 12:45 p.m. This is the sixth year that costumed little ones have paraded through the neighborhood.

“Neighborhood little goblins, spooky and sweet, will take over the streets Saturday, October 29, and we could use a few pairs of hands to assist with passing out treats, street safety (MPD will also be on hand), and post-parade festivities,” said Joelle Myers, a co-founder of the parade.

The parade needs about 20 volunteers to hand out candy and help keep things in order.

Princesses, superheroes and even a little Kim Jong Un descended on Logan Circle in search of candy during last year’s event.

Locals who want to help out can contact Myers by email.

DC’s Emancipation Day Parade and Festival is scheduled for Tuesday, April 16, and with the celebration comes street closures and changes to bus service stops.

The Metropolitan Police Department and the District Department of Transportation issued the following information regarding street closures.

It is an official holiday in DC, with schools and government offices closed. While regular parking regulations will not be enforced Tuesday, only rush hour restrictions, there will be no trash pick up on Monday. Rush hour parking restrictions will be enforced on Monday, April 16, from 7 to 9:30 am and from 4 to 6:30 pm. In addition, reversible lane operations will remain in effect during rush hours.