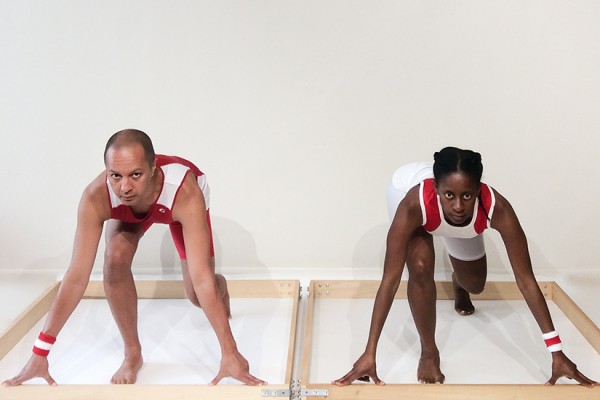 A new art show at the Martin Luther King Jr. Memorial Library is looking to teach locals about social divides using a competition between runners as a metaphor this weekend.

The production, starring Holly Bass and Christopher K. Morgan, will mirror a sporting event, with pre-show tailgating and live commentary.

“Showing two people racing against each other is my way of distilling the conflicted social dynamics caused by gentrification into a very simple, easily digestible image,” Bass said.

The two artists will race each other while standing inside of a bottomless, square wooden frame. Talcum powder will fill one of the frames, while the other one will have ash. The racers must keep the sides of the two frames touching at all times.

END_OF_DOCUMENT_TOKEN_TO_BE_REPLACED 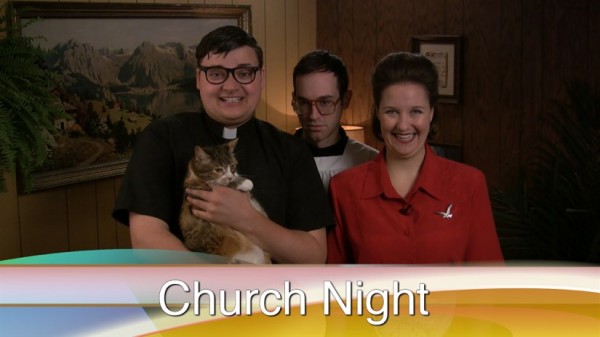 For the uninitiated, Church Night is a long-running monthly variety show in the guise of a religious service. The show is a blasphemous mass speckled with pop song hymns, comedy sketches, burlesque performances, live music and something called “shots ‘n tots” communion, during which attendees are provided a shot of whiskey and a single tater tot to imbibe.

Though the performance started at the Wonderland Ballroom in Columbia Heights, Church Night can now be seen once a month onstage at the Black Cat.

Deming, who plays sordid youth minister Kathy Piechota in the show, said the new web series is kind of like a hybrid of “Portlandia,” “Between Two Ferns” and “The 700 Club.”

“We took inspiration from more low budget local religious programming,” Deming said. “We have a few invented characters, like a hymn composer. We have a craftsman, a guy who makes doors. It’s very bizarre. Very surreal.”

Though Deming said audiences can expect much of the usual shock-and-gawk routine that made Church Night a favorite among its fans, tater tots will not make an appearance in the new web series.

Instead, the show will have an abunance of sad, floppy hot dogs.

“There’s a big hot dog component to the show,” she said. “They’re kind of the most disgusting food on the planet, and our characters love everything that anyone else would consider bad for your health.”

“We tried to think of all of the things you could do with a hot dog,” added Deming. “I have not consumed a hot dog since filming.”

Those looking to experience the next live installment of “Church Night” can head to the Black Cat for blessings this Friday at 9 p.m.