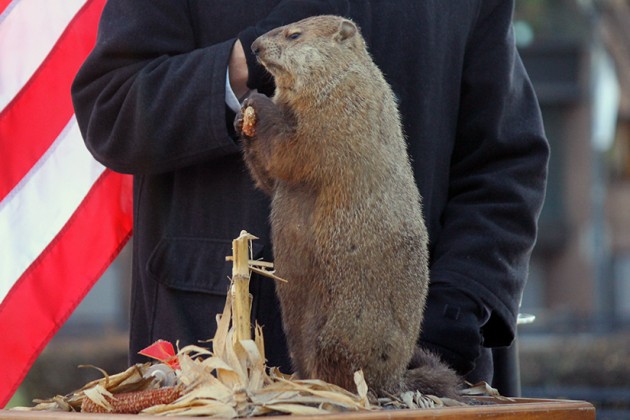 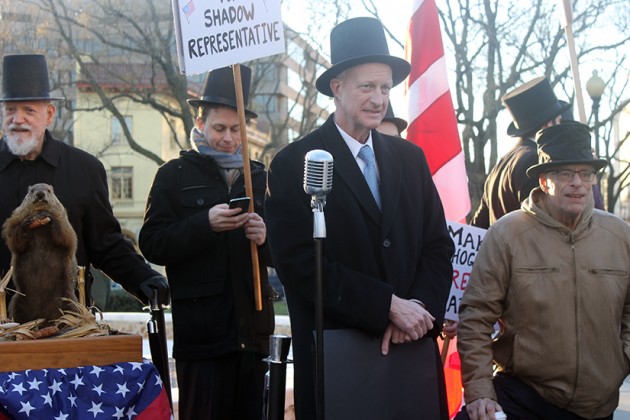 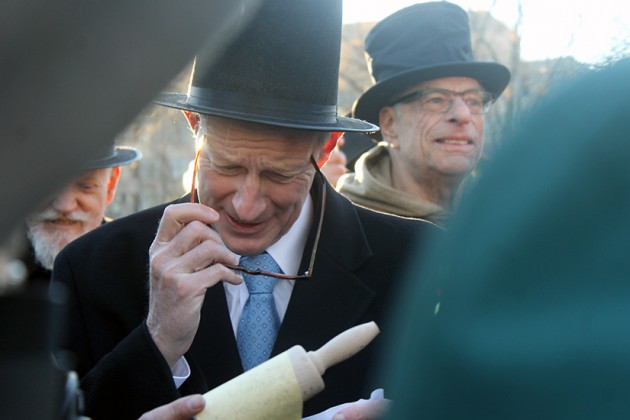 Warm weather — and more political gridlock — is on the way.

END_OF_DOCUMENT_TOKEN_TO_BE_REPLACED 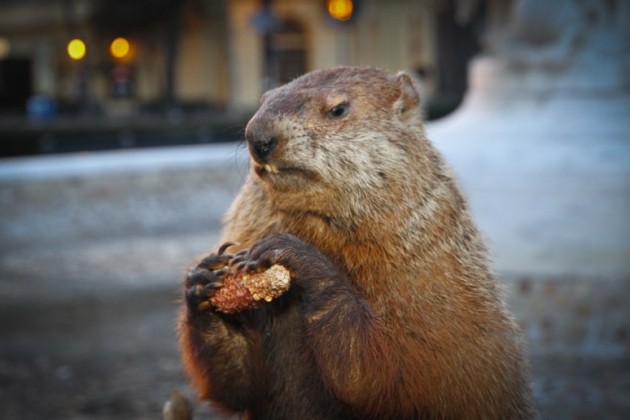 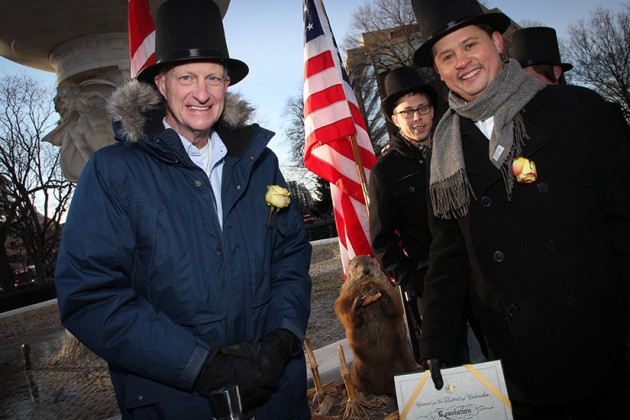 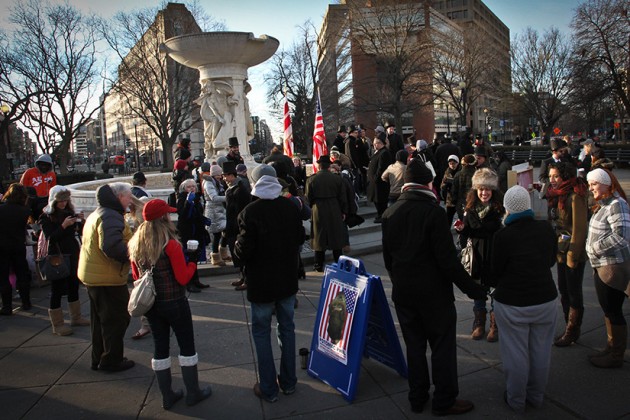 (Updated at 12:05 p.m.) Dupont Circle’s very own marmot mascot, Potomac Phil, will return for another year of predicting the weather and the year’s upcoming political climate.

END_OF_DOCUMENT_TOKEN_TO_BE_REPLACED 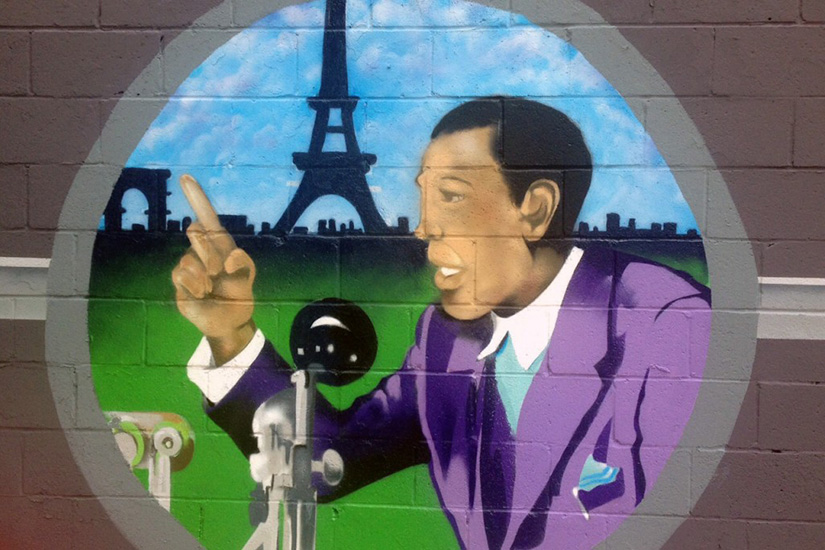 Riggs Place Fire — The townhouse that burned down last week in a fire near Dupont Circle was not licensed for rental. Two people — Nina Brekelmans, 25, and Michael Patrick McLoughlin, 24 — died in the blaze.  [The Washington Post]

Pop-Up Regulations — The D.C. Zoning Commission has approved new restrictions on floor additions in an area of the District that will include Columbia Heights, Petworth and Adams Morgan. The commission also voted to limit conversions of homes into multi-unit condominium buildings. [WAMU]

Potomac Phil — Dupont Circle’s beloved taxidermied groundhog will make an appearance in this year’s Pride Parade, riding on top of a Popemobile. [Borderstan]

More 14th Street Imbibing — Taqueria Habanero, the Mexican eatery near the Red Derby on 14th Street, has applied for a liquor license. The restaurant is popular in the north Columbia Heights area, and holds a 4.5-star rating on Yelp. [New Columbia Heights] 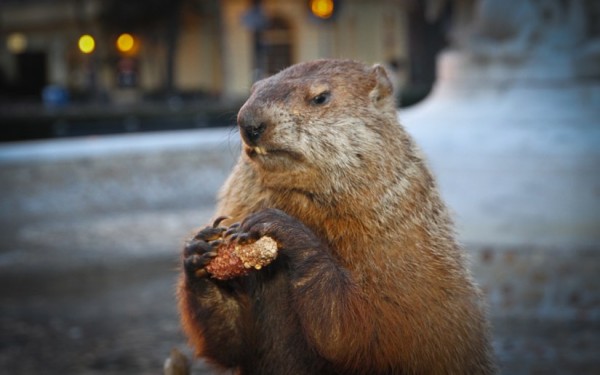 Dupont Circle has a new tradition: Ground Hog Day with “Potomac Phil” the Groundhog. Actually, this year’s Potomac Phil was a stuffed groundhog as the event organizer was unable to procure a live critter for this morning’s festivities. The faux groundhog was provided by Miss Pixie of Miss Pixie’s Furnishings & Whatnot on 14th Street NW.

Still, under cloudy skies — and with the sounds of polka music in the background — Potomac Phil “saw” his shadow (or would have had he been living). According to groundhog weather prediction lore, this means we will have six more weeks of winter. The event organized by Aaron DeNu as part of ongoing  Dupont Festival events.

Today with Councilmember Jack Evans (D-Ward 2), ANC 2B Commissioners Mike Silverstein (2B06) and Kevin O’Connor (2B02), and organizer DeNu looking on, Potomac Phil declared “six more weeks of a nice winter”  to the crowd in the Circle. Actually, it was Evans who provided the interpretation from Phil that the remaining six weeks of winter would be “nice.” DeNu had tried to procure a live groundhog, but most of them are hibernating for the winter, so the stand-in stuffed version from Miss Pixie was used for the inaugural event.

The event was lively and fun with plenty of media coverage, as well as kids from Ross Elementary School. People for the Ethical Treatment of Animals (PETA) was also there to protest the event, even though the groundhog was not live. PETA is headquartered in the Dupont neighborhood.

Groundhog Day is celebrated in the United States and Canada and, as Wikipedia notes, the largest “celebration is held in Punxsutawney, Pennsylvania” with Punxsutawney Phil the Groundhog.