From Mike Kohn. Got some news for Mike that he might have missed? Email him at [email protected] or find him on Twitter @mike_kohn.

Ever feel exceptionally confused on how to get from place to place? Sometimes the bus is great, but if you don’t really know where you’re going, the system can be a little overwhelming. Enter the folks from Greater Greater Washington. They’re testing a new web-based application called Transit Near Me and are inviting you to try it out for free.

Piola On Its Way

We don’t have a date yet, but U Street Girl, who celebrated her third blogiversary (congrats!) recently, pointed out that some key physical features have been added to the planned location at 14th Street and Florida Avenue NW, including a window and a door. The pizza place should be a nice addition to the burgeoning 14th Street NW and U Street NW corridors.

Regardless of how you feel about it, if you want to do anything at all to celebrate the next Restaurant Week, you might want to book early since many places are taken quickly. From January 9 to 15, you’ll be able to enjoy some $20.12 lunches and $35.12 dinners at some of the best restaurants around town. We’ve got some tips on how to make the most of past iterations of the event, in case you’re looking for some early inspiration.

DC Bars Movin’ On Up

It’s not just the restaurant scene that’s been making a bigger splash lately. Food & Wine magazine has named a couple of District area bars in the top 50 list. DCist has the scoop on The Passenger in Mount Vernon Square and PX in Alexandria. I’m sure there’s more to come. 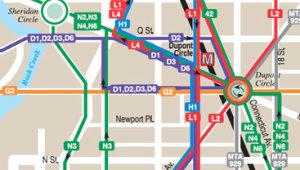