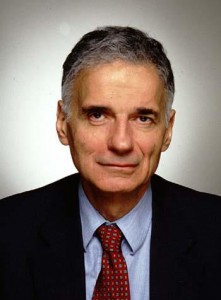 Political junkies near Dupont Circle will have a chance to meet consumer advocate and former presidential candidate Ralph Nader on Friday.

Nader will sign copies of his latest novel, Return to Sender: Unanswered Letters to the President, 2001-2015, from 1 to 2 p.m at Books-a-Million, located at 11 Dupont Circle NW.

Nader will deliver a short talk before the book signing, according to his Facebook page.

Dave Calvin, an employee at Books-a-Million, said a line of people will form at a sectioned-off area in the center of the store prior to Nader’s arrival, but that getting there early isn’t essential.