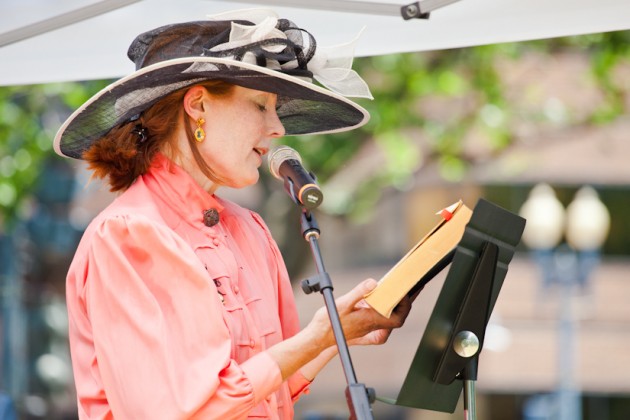 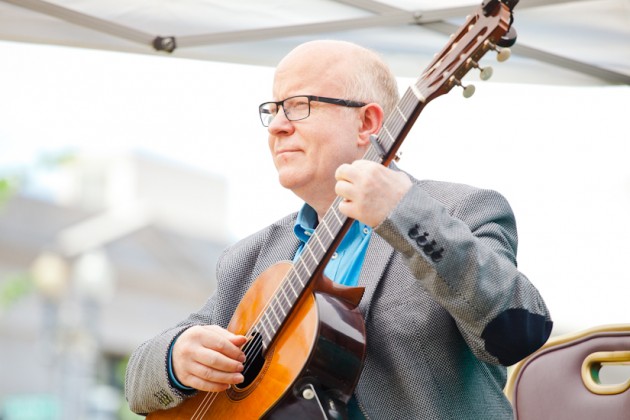 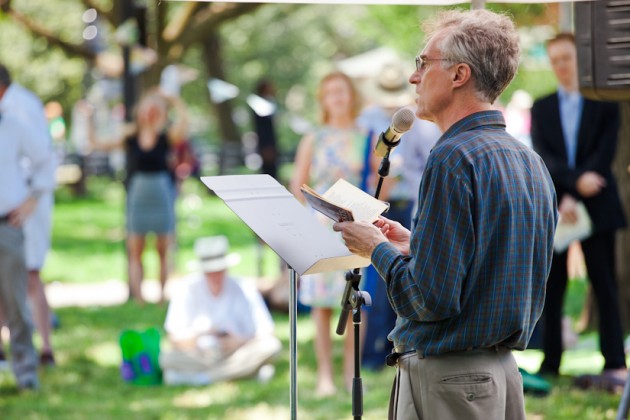 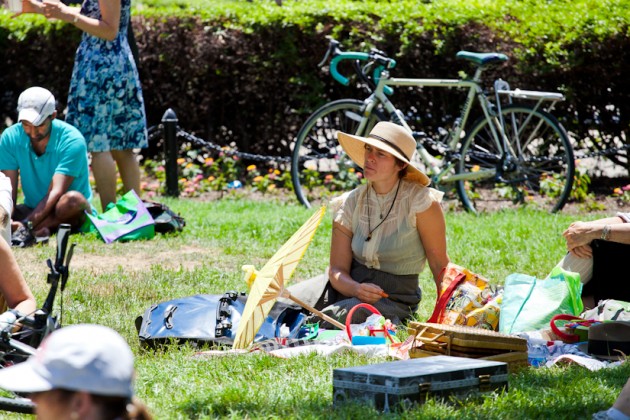 (Updated 1:30 p.m.) People taking their lunch break on the lawn in Dupont Circle earlier today could have thought for a moment that they’d traveled through time.

That’s because Dupont Festival, in partnership with the Embassy of Ireland, staged a combination Bloomsday and Yeats Day celebration packed with people in costumes from the early 1900s, storytellers and period musicians today from 12:30 to 1:30 p.m.

The goal of today’s event, says Dupont Festival co-founder Aaron DeNu, was to recreate the atmosphere of 19th century Dublin, as is traditionally done on Bloomsday.

The event was free, and coincided with a vintage bike rally organized by BicycleSPACE.