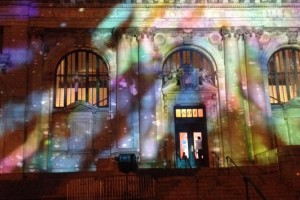 (Updated at 8:51 a.m. Saturday) Though one of D.C.’s largest art events is set to return this year with more neighborhoods than ever before, its founder and former creative director won’t return with it.

In an open letter she penned to attendees and organizers earlier this week, Art All Night founder Ariana Austin said she’s parted ways with the event. Why? A participating community group and a city agency took her idea and ran off with it, she alleges.

“Art All Night was a terrific idea usurped by our sponsoring organization, not properly credited by D.C. government agencies, and a case study in competing business and arts interests in the city,” Austin wrote.

The problem began, Austin said, when Art All Night linked up with Shaw Main Streets. Though the community group “seemed like a terrific sponsoring organization,” they soon began to take credit for the festival, she alleged. (Side note: Alex Padro, executive director at Shaw Main Streets, said he had “no comment” about Austin’s version of events.)

In 2014, Austin said the D.C. Commission on the Arts and Humanities moved to expand the festival without consulting her. When she contacted the agency, she recalled their response as, “oops, was that you who started Art All Night? Sorry!”

Austin continued in her letter:

This year (2016), the Department of Small and Local Business Development (DSLBD) received a reduced amount of funds from DCCAH to produce the festival, changed the subtitle (from Nuit Blanche which I had a license to use to Made in D.C.), but kept the name “Art All Night” (too generic to be protected by law). Of course I sent a note to DSLBD, but they never responded.

In other words, Austin told us, the groups pushed her out of her own event.

“Nobody makes any distinction between the Art All Night that’s happening this Saturday and the other,” Austin told us. “They didn’t credit it. They didn’t say it started five years ago … It’s just Art All Night.”

When reached for comment, Ana Harvey, the DSLBD’s acting director, responded with the following statement:

We are honored to have played a role in supporting this community festival but the credit for its success and continued growth since 2011 is due to the grassroots efforts of hundreds of volunteers and community organizations. We look forward to supporting this and other programs, such as Made In DC, 202 Creates and Mayor’s Arts Awards, that capture, highlight and promote the intellectual and creative genius of DC’s local maker community.

All in all, Austin said she just wants credit for her idea and recognition for the work she and other volunteers have put in over the years. Austin ended her open letter with three suggestions:

Though she’s not helping organize Art All Night this year, she’ll still attend the event, however.

“I’m going to go,” Austin said. “I have a lot of friends still involved in this event. We helped them build out this project.”

Today, we are awarding $300,000 for the first ever Emerging Business District Demonstration Grants. pic.twitter.com/1fqKjeXU5d

Some fledgling business improvement district (BID) organizations in Dupont Circle, Shaw and along the 14th and U Street corridors were officially awarded a boost from the Mayor’s Office earlier today.

Mayor Muriel Bowser doled out more than $300,000 across five planned BIDs as part of her office’s first-ever “Emerging BID” demonstration grant program. According to the Mayor’s Office, the purpose of the grants “is to subsidize the organizing operations necessary to establish a Business Improvement District.” In other words, hand out cash to help up-and-coming BIDs fund their operations while they get off the ground.

END_OF_DOCUMENT_TOKEN_TO_BE_REPLACED 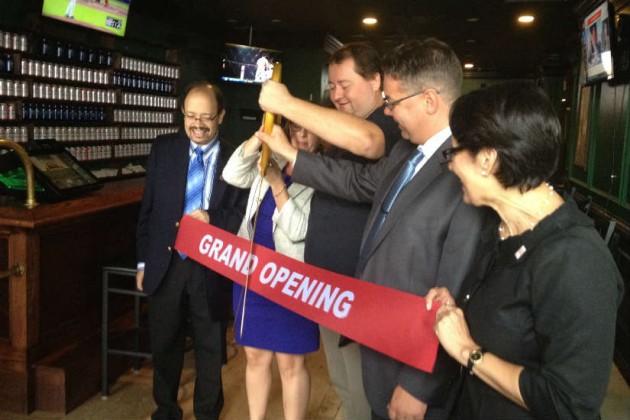 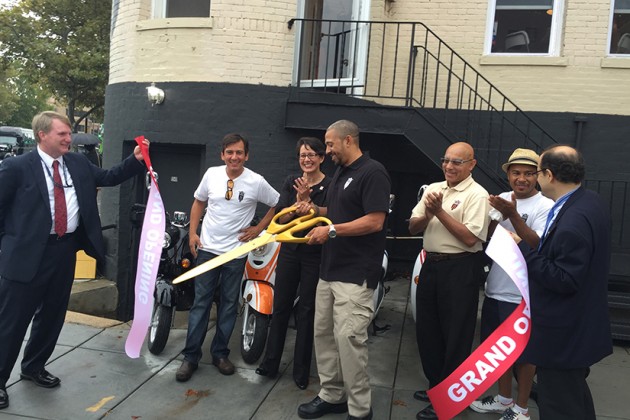 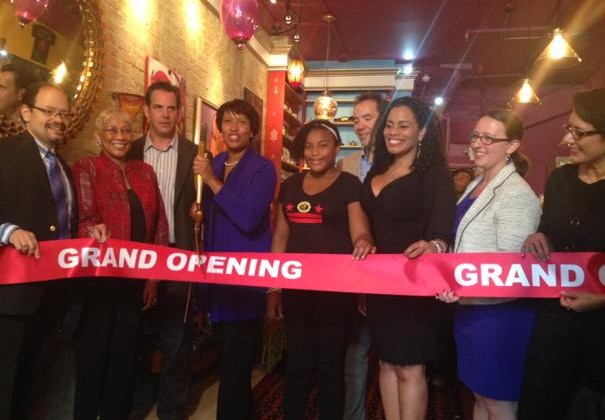 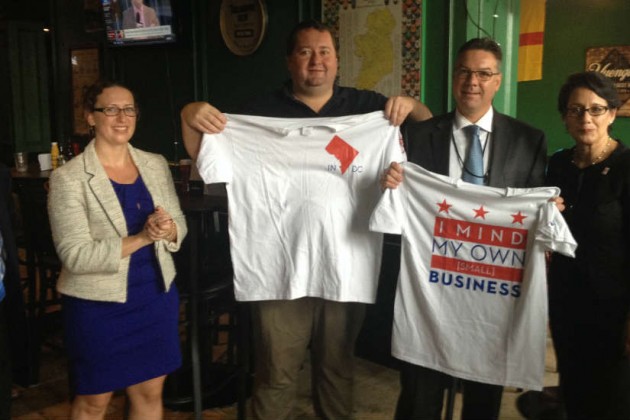 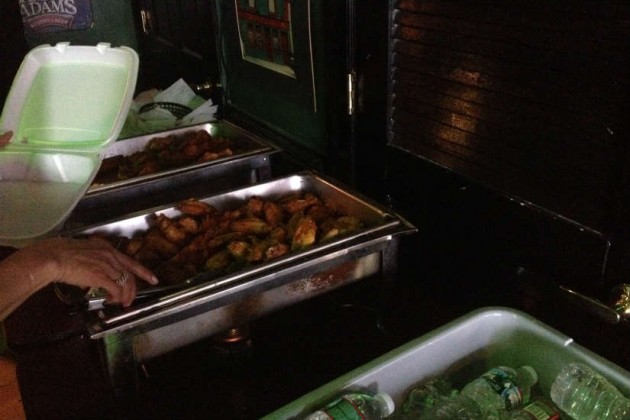 On Tuesday at 6 pm a tribute to Michael Jackson was organized by Radio One in front of the Howard Theatre (620 T Street, NW). Some 100 people showed up to a flash mob dance of Jackson’s “Beat It.”

Jackson, know as the “King of Pop,” died June 25, 2009, in Los Angeles. Thriller was Jackson’s most sold album. Fans remembered him in many other places today.

Shaw Main Streets was a co-sponsor of the tribute to Michael Jackson on the fourth anniversary of his death.

Rouge 24 is one of the restaurants that will feature food/drink at Savour Shaw. (Borderstan)

Savor the flavors of Shaw on Thursday, April 18, at the 2013 Shaw Main Streets Gala. The event, “Savour Shaw,” will take place at 7 pm at Long View Gallery (1234 9th Street NW). It will highlight the food, drink and music of the neighborhood to support the Shaw Main Streets‘ Commercial Revitalization and Historic Preservation programs.

Participating chefs and mixologists include:

Tickets are $75 and include small bites and a signature cocktail, hors d’oeuvres, live jazz music, a silent auction and admission to the gala’s after party. For more information, visit the Eventbrite page.

The historic Shaw neighborhood continues to grow and change and the April 18 fundraiser, “Shaw in Bloom” will celebrate what’s happening in this part of town. Long View Gallery at 1234 9th Street NW is hosting the Gala 2012, an event of Shaw Main Streets; the gala runs from 7:00 to 9:30 p.m. Tickets are $75.

Shaw Main Streets is a non-profit dedicated to revitalizing the 7th and 9th Street corridors of the neighborhood. The gala will benefit Shaw Main Streets’ commercial revitalization efforts. “Shaw in Bloom” will feature:

Shaw Main Streets was founded in 2003 and utilizes the National Trust for Historic Preservation’s Four Point Approach to revitalization. The organization provides a multitude of services and projects throughout the neighborhood, from training business owners, to cleaning up trash and graffiti, to promoting the various businesses in Shaw. Shaw Main Streets has played a direct role in more than 100 businesses that have opened in or relocated to the neighborhood, and has helped existing businesses evolve to meet changing consumer tastes and needs.

One of the things I love most about Borderstan? The burgeoning art and entertainment district in my eastern slice of Borderstan: Logan-Shaw.

If you haven’t checked out Shaw’s cultural offerings, here’s a great opportunity; this Wednesday’s Shaw Art Walk, sponsored by Shaw Main Streets. From 6 to 9 pm, take a break from your regular happy hour spot, and stroll through Shaw to visit some new shows at local art galleries, all of which will be open for the evening.

Six galleries are participating, including Civilian Art Projects, Contemporary Wing (taking up temporary digs over on 9th Street NW), Lamont Bishop Gallery, Long View Gallery, Maruka Gallery and Touchstone Gallery. All galleries will be showing off their latest shows, and welcoming visitors from 6 to 9 pm.

Also open, a rare treat and little-known DC treasure: the Convention Center’s extensive art collection is being opened up for a special viewing as a part of the Shaw Art Walk. If you want to check that out, make it your first stop on the tour – the tour starts promptly at 6:30 pm, at the Mount Vernon entrance to the Convention Center.

Still hankering for more art at the end? Finish your stroll with a sidle over to the Passenger, where you can mingle with your new culturally enlightened buddies over artsy drinks.

Check it out and let us know what you think!