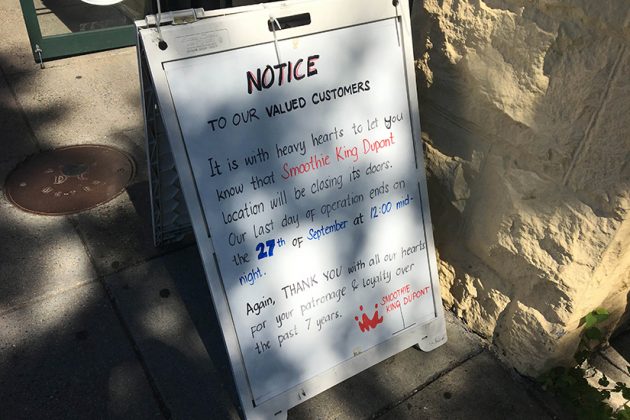 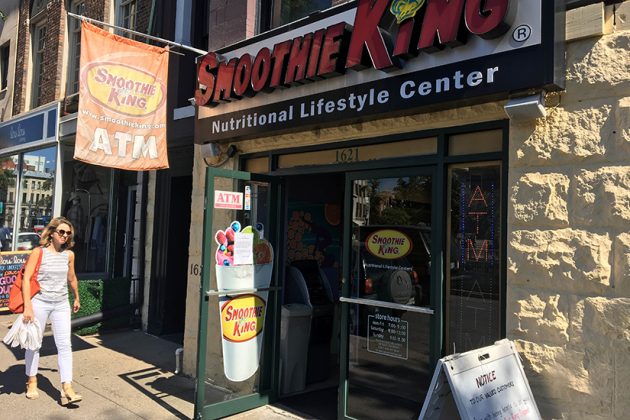 You have until Tuesday to buy a blended drink at Dupont’s Smoothie King. The national chain’s location at 1621 Connecticut Ave. NW is closing up shop.

“It is with heavy hearts to let you know that Smoothie King Dupont location will be closing its doors,” a sign in front of the business reads. “Our last day of operation ends on the 27th of September at 12:00 a.m. midnight.”

When asked why the location is closing, an employee at the store uttered one word: “rent.”

The smoothie shop opened its doors seven years ago. A PoPville reader first spotted the closure.

Two new fast-food places are coming to Connecticut Avenue NW above Dupont Circle. Flippin Pizza is opening a store at 1745 Connecticut NW. The chain has seven stores in the DC suburbs and four more in California. They claim, “It’s like pizza in New York.” I hope so.

Meanwhile, a much bigger food chain, Smoothie King, is opening a store at 1621 Connecticut NW. They are nationwide and already have a store at 1300 Pennsylvania NW and several stores in the DC suburbs.

Yes, I would rather have locally owned stores that are not chains. But when real estate prices and leases go sky high and we’re in a recession, this is what we will get. Furthermore, I would be happy to see both of these chains open on the 14th Street corridor. More cheap food, please!