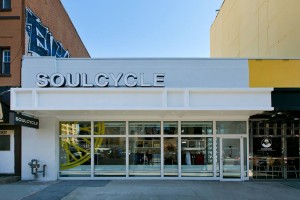 Did FLOTUS hit up 14th Street for a little cycling last night? Possibly.

A PoPville reader spotted several police cars and a black SUV outside of the gym at 1935 14th St. NW around 7:30 p.m. last night, leading some to speculate that Michelle Obama was inside.

When reached by phone this morning, an employee at the SoulCycle wouldn’t say if Obama had stopped in or why the security detail was there. The employee added, however, that the location often has security present for important guests.

Walking out of soul cycle as Michelle Obama walks in #daymade

Known for her love of SoulCycle, FLOTUS has also been spotted at the West End SoulCycle, where she reportedly attends private classes.