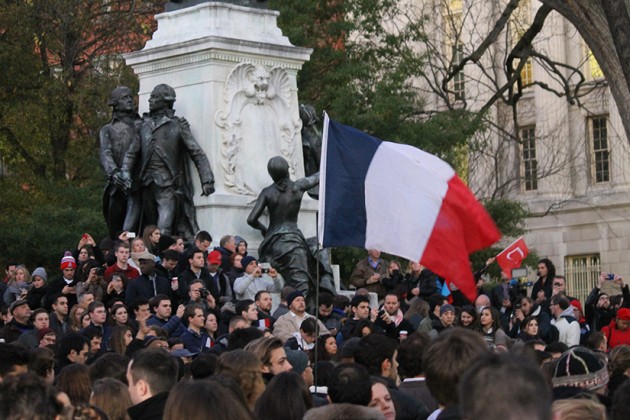 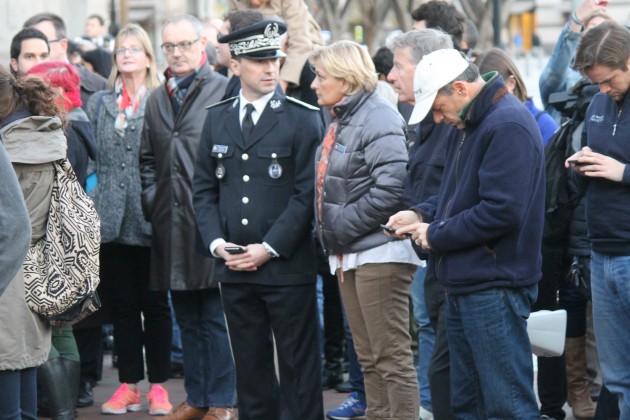 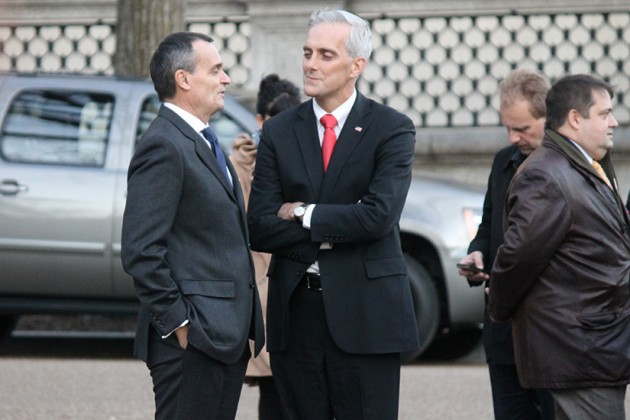 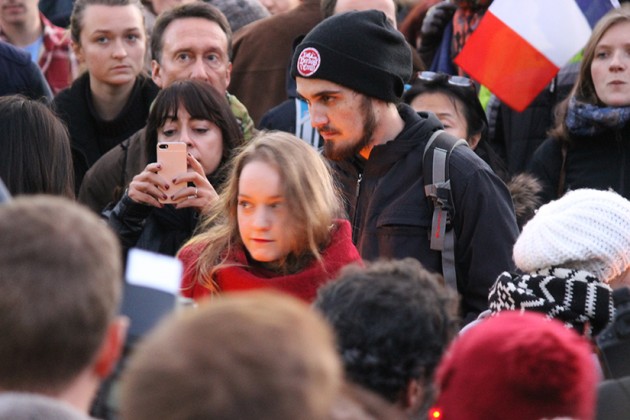 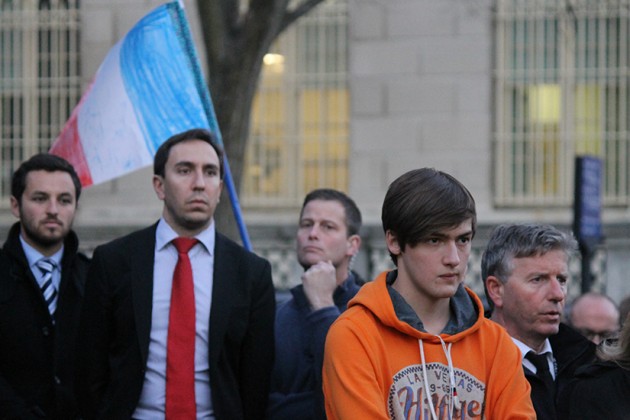 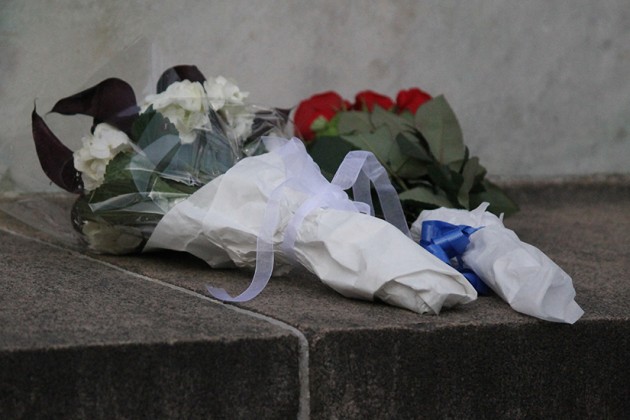 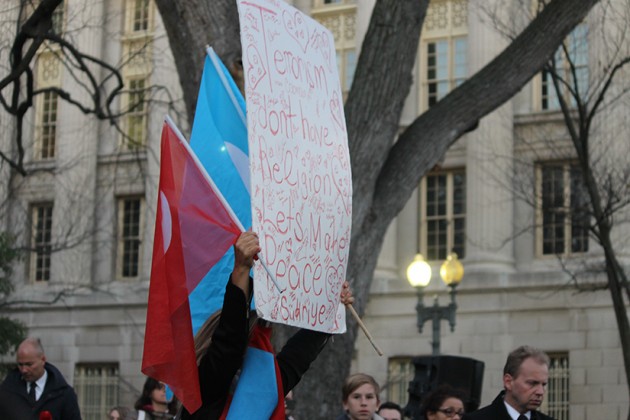 Hundreds of people gathered at Lafayette Square in front of the White House this evening to show support for the victims of yesterday’s deadly terror attacks in Paris.

Gérard Araud, French ambassador to the U.S., delivered a brief speech during the vigil. He started his speech by thanking President Obama for his support.

“I want to pay a special tribute to President Obama, who has expressed in a very moving way the support and the solidarity of the United States of America to France,” Araud said.

Araud then spoke about the victims of last night’s vicious attacks.

“Think of all these lives which have been destroyed, all these people who were in a concert, who were in a restaurant, in a bar, and suddenly, after these senseless outbursts of violence, everything was over,” he said.

“My dear compatriots, France is once again at war,” Araud said, in French. “We have lived through a lot of of ordeals in our long history, we will overcome this one once more.”

The supporters — some chanting “Vive La France” and waving the French flag — then took a moment of silence, followed by the singing of La Marseillaise, the French national anthem.

Once the ambassador left, many climbed the small hill around the statue of the Marquis de Lafayette and began to sing the La Marseillaise again, this time quietly.

Hundreds at Lafayette Square across from the White House for tonight's Paris rally pic.twitter.com/52ZAoKZxyQ

In what is surely the feel-good news of the day, WAMU reports that the District of Columbia ranks highly among U.S. cities as a terrorism “hot spot.” According to a recent study by the University of Maryland, DC has been targeted by terrorists 79 times over the last 40 years.

Not exactly earth-shattering, you say? Well, what might surprise you is the fact that we’re only ranked Number 5. The cities that are more at-risk than DC are, in order: New York, Los Angeles, Miami and San Francisco.

While the DC is almost surely a prime target of 9/11-era attacks by (mostly?) international actors, the report calculates its rankings based on terrorist acts from across the political spectrum, including extreme right-wing and left-wing domestic groups.

The District’s food trucks are rallying behind the city government’s proposals for regulating the fast-growing industry. According to DCist, the District of Columbia Food Truck Association released a statement saying it supports the majority of the suggested rules for mobile food vendors, which will soon be before the City Counsel.

Among other provisions, the proposed changes would allow “savory” food trucks to remain in their locations so long as they’ve paid for the parking fees. Although this rule has received widespread support among food truck operators, not all proposals are so popular. In particular, mobile vendors oppose the creation of “Vending Development Zones,” spots whose location, capacity and hours would be determined by local residents and businesses. This caveat is intended to appease brick-and-mortar restaurants, who feel increasingly at a disadvantage against their mobile competitors.