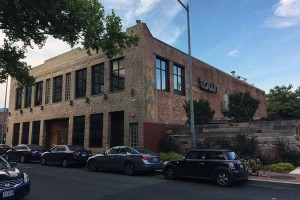 One of the District’s largest gay bars is partnering with the Mayor’s Office of LGBTQ Affairs to host a celebration for National Coming Out Day next week.

“Every year on National Coming Out Day, we celebrate coming out as lesbian, gay, bisexual, transgender, queer (LGBTQ) or as an ally,” the email reads. “This fall mixer will serve to bring the community together to bond, to heal, and to celebrate being their true, authentic selves.”

The mixer will include free light refreshments, a speech from the director of the Mayor’s Advisory Committee on LGBTQ Affairs, Sheila Alexander-Reid, and a cash bar.

Those interested in attending the mixer are “highly encouraged” to RSVP online.

D.C.’s “largest gay danceclub” is ending one of its longest running holiday traditions.

Town Danceboutique (2009 8th St. NW) plans to host its final “WTF” party this weekend, according to a Facebook event post.

The last hurrah before the event’s “gaycation” will revolve around a “happy ending” theme.

The party starts this Sunday at 10 p.m. and will include appearances and performances by Ed Bailey, Aaron Riggins, BaNaka, Pu$$y Noir and Salvadora Dali.

Read the full event listing below:

END_OF_DOCUMENT_TOKEN_TO_BE_REPLACED

Everything needed for the  Olympics is right here in the neighborhood. (Fox Dietry)

Flames doused, skimpy Speedos tucked away and the strain on Grindr servers curbed – all signal the end of the 2012 London Olympics. While the John Williams-NBC Olympic theme is still ringing in my ears and faces of seemingly constipated Olympic divers miring my memory, I cannot help but wonder: What if Borderstan hosted the Olympics? Let us explore and while at it, let’s keep it British and play the tunes of Willy Wonka’s ‘Pure Imagination.’

The Olympic spirit is alive and thriving in and around the Borderstan district. It is home to five circles with Dupont and Logan being the most well-known. They symbolize the five Olympic Rings — need I say more? Not to mention that coordinating a parade of nations is simple with neighboring Embassy Row. The French Embassy can take the lead in organizing with their inexhaustible events.

Now, the Olympic Village is a very crucial element, and for this, it will be a grand idea to have it at Crew Club. This old, gay bathhouse is a classic like the Olympics. Like at the Olympic Village, condoms are free. Plus, aren’t bathhouses very Greco-Roman? As for the Olympic Village Food Hall, it is fitting to convert the nearby Commissary to feed those ten thousand calorie per day athletes. Supplies will be coming in from the Whole Foods across the street, and as for victory party margaritas, we have Tortilla Coast.

Driving through Dupont Circle is an Olympic sport by itself. Dodging unruly cabs and clueless pedestrians who have perfected hand gestures that would make your granny blush requires skills and tactics. This is why the Dupont Circle fountain should be the final resting place of the Olympic flame. Besides, it will bring back the memories of the Sydney Olympics when the flames rose from a circular pool of water. We will have the Batala all-women percussion band bang their drums as the winner of last year’s Dupont Circle Drag Heel Race lights the cauldron.

The organizing committee won’t even have to spend a dime in constructing this venue as Nellie’s Sports Bar is made for this event. Move aside Bob Costas, we will have the ever-vivacious Shi-Queeta Lee host the primetime lineup. In between live events, she will be spearheading the drag queen’s roller skates relay on 14th Street with Tatianna, Ba’Naka and Lena Lett.

The amount of eye-shadow, leotards, glitter, sequence, ball juggling and twirling apparatuses make Town Danceboutique the quintessential venue for gymnastics — artistic and rhythmic. Apart from that, we have the go-go boys performing their floor exercise and some weird acrobatics during their WTF parties. Walking from the bar to the dance floor with a drink on one hand while being buffeted from side-to-side by tipsy Homo Sapiens is much like the balance beam. And must I not forget to mention the amount of straight women here ogling at bodies they wish their hubbies have.

There is no arguing on this. Hands down, Vida Fitness should and must be the site for the aquatic center. The amount of watersports in this joint is quite unparalleled. Records have been broken, and forget about the pool size, there are cabanas here which make us look forward to Rio 2016. Don’t even get me started on the amount of Brazilian butt lifts per square foot here, which I’m supposed to believe are from extra lunges.

With traffic circles, leotards and Brazilian butt lifts,  I hereby declare the London Olympic Games closed and welcome those of Borderstan.

This year’s event is the third annual Trevor Project DC Pride fundraiser, which raises money for the organization’s education and outreach efforts.

Think you’ve got what it takes to win the title of “Mr.” or “Miss” at this year’s Capital Pride 2012 contest? Then brush out your curls, do a few extra push-ups and get yourself to Town Danceboutique on Saturday night, May 12, to compete this year’s most prideful pageant.

If you prefer to watch the competing belles and beaus, a $10 dollar cover charge gets you in on the action and helps to support 2012 Capital Pride activities. The show starts at 6 pm!

While the contest is tomorrow night, entry applications for the contest are available online with a $50 entry fee.

Borderstan is proud to be among this year’s sponsors of  Capital Pride 2012. You can find the entire list of Pride events on the Capital Pride website calendar.

A patron at Town Danceboutique died after suffering a heart attack at the popular dance club on Saturday night. A source has told Borderstan that he believes the response time from emergency personnel may have been unusually long.

The following message was sent to the club’s email list:

On Saturday night, May 1st, a 58 year old patron had a heart attack and collapsed at Town Danceboutique.  The club contacted emergency personnel who responded and worked extensively trying to revive him.  He was transported to the hospital where he later passed away.  We closed the club early due to this horrible event.  Our thoughts are with him and his
family.

We hope to have more details later. Town is located at 2009 8th Street NW, just north of  U Street.