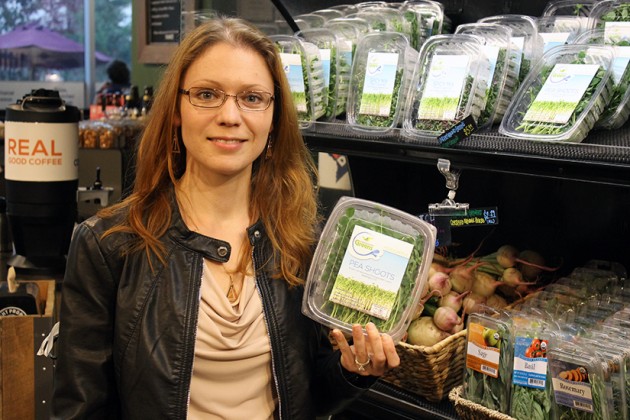 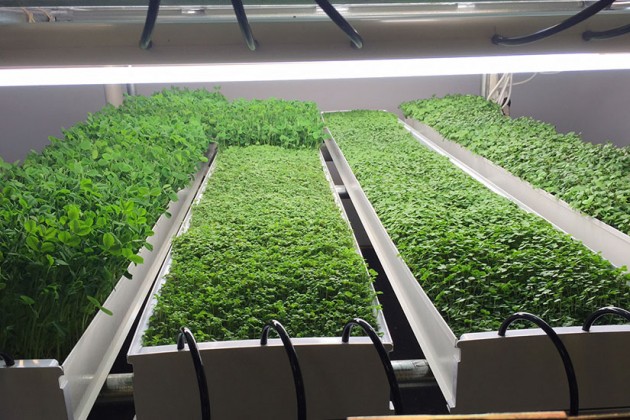 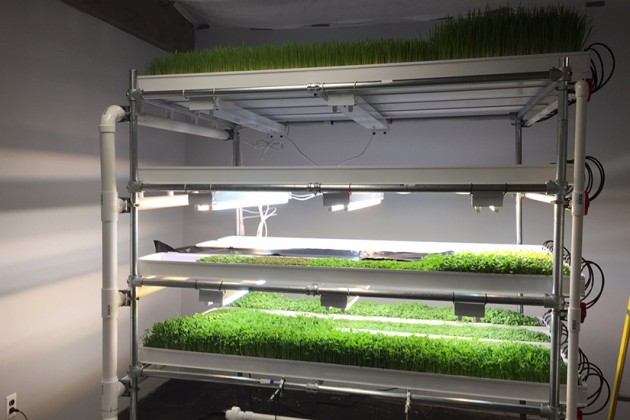 And Maryna Higgins, the urban farmer and Dupont resident behind D.C.-based growing company Underground Greens, seeks to put more of the small salad shoots on your plate.

Higgins grows and harvests the sprouts inside a small space near Union Market, then delivers them by bike to local stores and restaurants such as Jrink, B Too, Press Juice Bar and Glen’s Garden Market.

“Most people probably see them in salads,” Higgins said. “Chefs use them as a garnish. … It’s like a new superfood.”

To grow the sprouts, Higgins spreads seeds on hemp mats placed under sunlamps. The mats are hooked up to a hydroponic watering system, which circulates fresh water to keep the plants hydrated. The sprouts mature on four-tiered shelves, and are ready for harvest after about eight to fourteen days.

The entire process, Higgins said, is designed to be as eco-friendly and energy-saving as possible.

Higgins hopes to fill her space near Union Market with trays by the end of the year. Once she fills her 900 square foot space, she said she’ll look for something a little larger. But her aim isn’t necessarily to distribute as many greens as far and wide as she can.

“When I go to Whole Foods and pick up a bunch of mint that comes from Peru, it just hurts,” Higgins said “My goal is not to expand into shipping, but [to be] local, cut down on carbon emissions and cut down on the time food travels. … being local is one of the advantages that I have.”

Still, the microgreen grower said it would be nice to expand a little.

“Microgreens is a volume business,” Higgins said. “It’s almost a catch-22. You need a bigger space for the volume, but you need a volume to invest in the bigger space.”

Higgins said she’d also like to start growing other leafy vegetables such as lettuce and herbs.

“It’s going to be hard, but I do enjoy it,” she said about the future of her company.  “It’s fun. It puts me in a lot of situations where I’m very uncomfortable. You learn a lot about this community.”