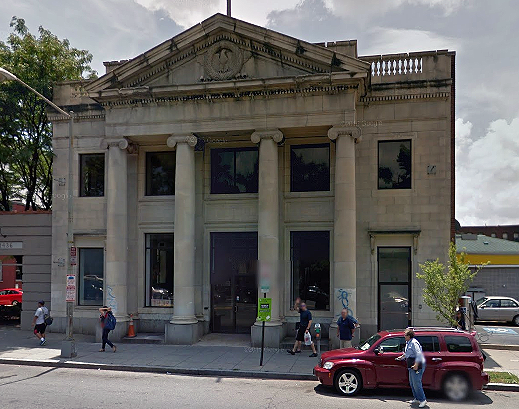 (Updated at 12:00 p.m.) The D.C. Department of Consumer and Regulatory Affairs says it erred in placing a vacant property sticker on the Indian Embassy-owned building at 1438 U Street, NW.

An inspector visited the property on May 29, and a vacancy sticker was placed on the building’s front door yesterday, a D.C. Department of Consumer and Regulatory Affairs (DCRA) employee confirmed this morning by phone.

That same employee added that the Indian Embassy may be forced to reclassify the building at a higher tax rate.

“Our Vacant Property program is taking a look at the designation,” tweeted the official DCRA account shortly after. “Thanks for forwarding.”

“In this case, the vacancy sticker was issued in error,” said Matt Orlins, the public affairs director at the DCRA by phone. “We’ll take steps to correct it.”

“Essentially, we just need to look carefully at ownership records before putting up a designation,” Orlins added. “We appreciate people raising the issue with us.”

A representative from the Indian Embassy was not immediately available for comment.