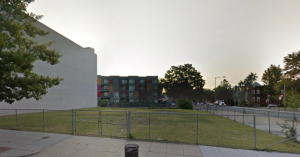 The D.C. Government will hold another informational meeting related to a plot of land known as Parcel 42 and located at the intersection of R Street and 7th Street NW.

Last month, employees from the D.C. Deputy Mayor’s Office for Planning and Economic Development (DMPED) held a public meeting to share information and receive feedback from locals regarding the plot of land.

Now, the DMPED wants to talk with more residents as part of its new Request for Proposals (RFP) initiative, which is designed to loop locals in on decisions regarding future neighborhood development.

“The purpose of this meeting is to reconnect with the community on the feedback received through the Workshop and Online Engagement Forum and how community input will be incorporated in the RFP,” reads the online posting.

The Shaw branch of the DC Public Library, encased in metal and glass, was followed by similarly ambitious projects in Tenleytown, Anacostia and Benning. The designs, many of which are by world-renowned architect David Adjaye, make it hard to believe the structures are government buildings.

DCist takes a moment to focus on the renaissance of the District’s libraries. It notes that their progressive designs have brought critical acclaim and, more importantly, much-needed attention to the slumping library system.

Librarian Ginnie Cooper points out that these projects are favored by architects, who relish the library’s function-oriented public space. “One architect I know calls them today’s cathedral — a secular, sacred space.”