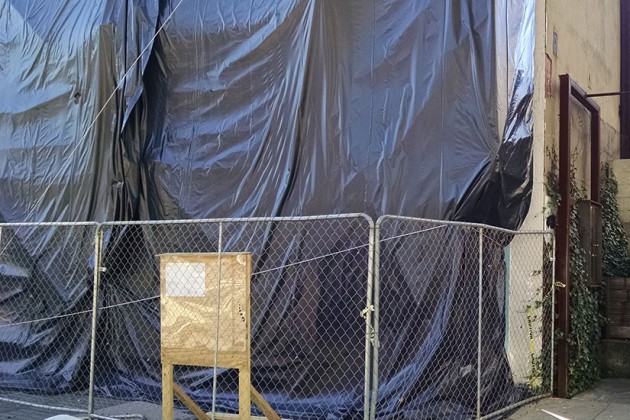 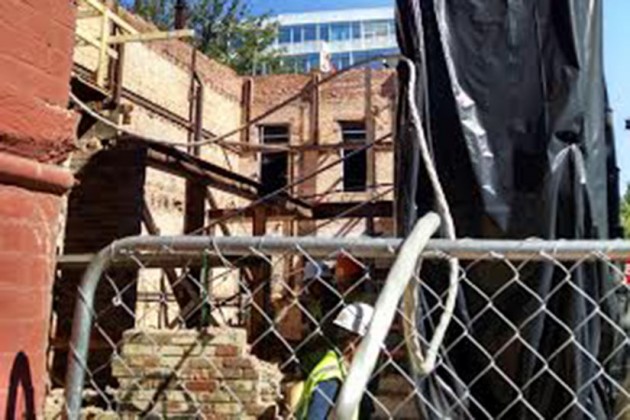 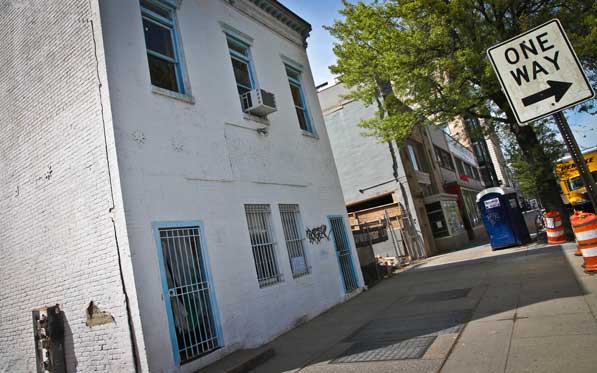 A piece of Logan Circle’s seedier past is changing for good.

It was immediately unclear what the purpose of the work was. In February, the Washington Business Journal reported that the building’s owner was issued a permit to rebuild and repair the bottom third of the building’s façade.

The building, once known for housing the infamous “wrestling club” and “men’s parties” events, has been the talk of the neighborhood for years. A man died there in 2009, prompting the city to file suit to shut it down. After the building’s owners decided to raze it in 2013, ANC 2F debated preserving the building before ultimately granting a conditional demolition endorsement one year later.

It appeared that the “Men’s Parties/Wrestling Club” at 1618-A 14th Street had already shut down after the death of a patron last October. It was open for some time afterward, though.

Now, it appears it is official. Saw this brief at WaPo DC Wire, which is based on a news release by DC Attorney General Peter Nickles:

“The District has shut down several health spas, social clubs and massage parlors that officials found to be associated with prostitution and illegal sexually-oriented activities, according to a news release from the office of Attorney General Peter Nickles.”

Included on the list is “Wrestling Club at 1618 14th Street NW.” You may remember that the Men’s Parties/Wrestling Club rose to local fame when a man apparently fell down a flight of stairs and then died last October early on a Sunday morning.