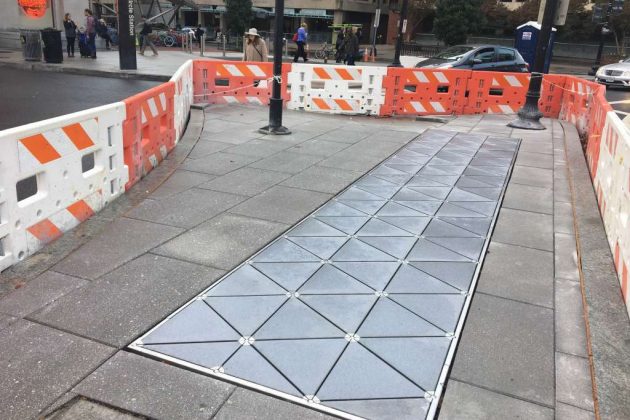 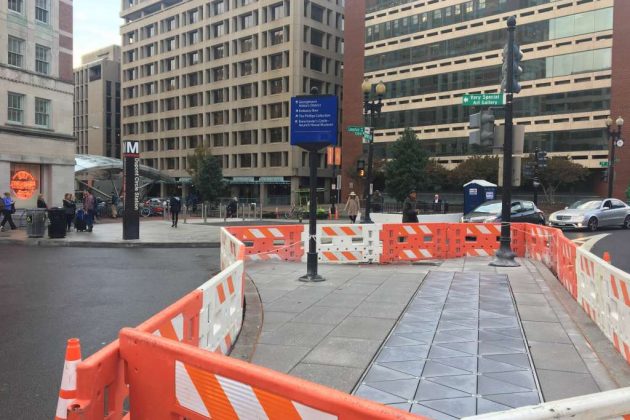 Construction crews appear to be putting the finishing touches on a row of special “kinetic paver” tiles that generate electricity as people walk on them. The panels sit along a busy sidewalk where Connecticut Avenue meets Dupont Circle NW, steps away from the Dupont Metro station’s south entrance.

As reported by the Washington Business Journal, the panels, which are made by green energy company Pavegen, generate electricity via kinetic energy, then send that power to batteries for storage and later use.

It wasn’t immediately clear when the pavers would start generating power. A representative for DDOT didn’t give a timeline for the completion of the project.

more stories
Previous
34 Ways to Celebrate Halloween Across Town
Next
What to Expect Around Town This Weekend (Oct. 29-30)